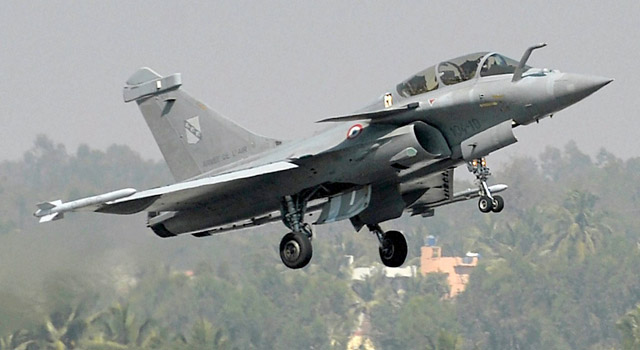 17 June, 2015
Print this article Font size -16+
India's purchase of 36 French Rafale military fighter jets could be concluded within two or three months, Defence Minister Jean-Yves Le Drian said on Tuesday.
The deal, unveiled in India in April, came after manufacturer Dassault Aviation won its first export order for the jets in February from Egypt. Since then, Qatar has also placed an order and talks are under way with Malaysia and the United Arab Emirates.
"I'll be going to India very soon to see how things are coming along, but I have no concerns it will happen," Le Drian said at the Paris Airshow.
Le Drian held a meeting with Rao Inderjit Singh, India's minister of state for defence, on the sidelines of the show.
India has in recent years launched a vast defence modernisation programme worth about $100 billion.
Prime Minister Narendra Modi wants to end India's dependence on arms import and to have 70 per cent of hardware manufactured within the country.
Tags assigned to this article:
top 1 france defence dassault aviation rafale paris airshow jean-yves le drian rao inderjit singh