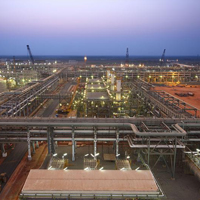 08 November, 2014
Print this article Font size -16+
Energy conglomerate Reliance Industries and British oil company BP announced a new gas condensate discovery off the east coast of India in the Cauvery basin. The discovery is situated 62 kilometres from the coast in the Cauvery Basin and is the second gas discovery in the block. Reliance is the operator of the block with a 70 per cent stake and BP has a 30 per cent share.
(Reuters)
Tags assigned to this article:
energy and power news 9 reliance industries ril bp cauvery basin gas discovery