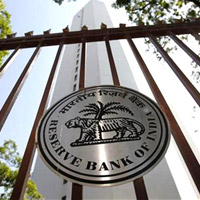 Of the 52 economists polled, 50 expect the policy repo rate to remain at 7.25 per cent, and 47 of 48 respondents see the cash reserve ratio, or the portion of deposits banks have to maintain with the central bank, unchanged at 4.00 per cent.

Of 37 economists polled, 30 expect no change in the Marginal Standing Facility (MSF) rate or the rate at which banks access funds for emergency needs. The MSF rate was raised by 200 basis points in July as part of slew of cash tightening steps aimed at rescuing the rupee.

Of 32 economists polled, 17 said they expect the RBI to retain the cash tightening steps, while another 28 out of 38 said they do not expect more measures to strengthen the rupee.

The rupee slumped to a record low of 68.85 to the dollar on August 28 but has since clawed back some ground and last traded at 63.22 on Wednesday.

India's headline inflation rate based on the wholesale price index soared to a six-month high of 6.1 per cent in August.