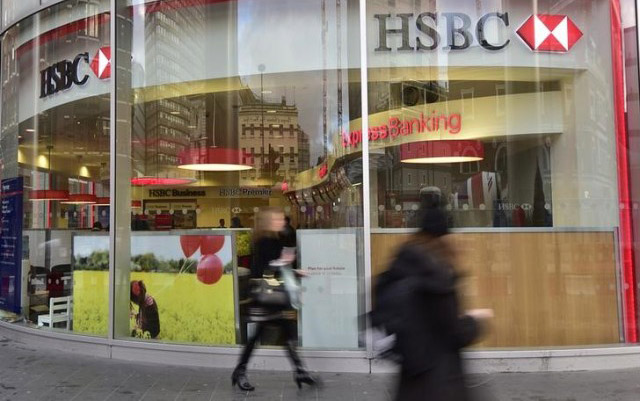 10 March, 2015
Print this article Font size -16+
The Reserve Bank of India (RBI) said it is keeping a close watch on global banking giant HSBC, which is facing multi-nation probe including by Indian tax authorities, for alleged tax evasion and money laundering at its Swiss units.
"As a regulator, these developments are in our notice and we would keep a close watch on all these," RBI Deputy Governor S.S. Mundra told reporters on the sidelines of a global investor summit organised by IIFL Group.
Earlier this week, the Income Tax Department had surveyed HSBC's Mumbai headquarters in connection with the black money probe.
The bank in its annual report published earlier this week had also said that Indian tax authorities had issued summons and request for information to "an HSBC company in India".
On February 9, a Paris-based International Consortium of Investigative Journalists published a fresh list of tax dodgers, who were allegedly helped by HSBC Geneva.
The fresh set of data emerged included as many as 1,195 Indian names, which is nearly double the 628 names that figured in the first list that was shared by the French government with India in 2011.
A Supreme Court-constituted Special Investigation Team is also looking into the black money menace, including the cases related the earlier HSBC list.
After the new list came out, the government had in a statement said that out of the 628 Indians appearing in the first HSBC list, 200 were either non-residents or non-traceable, leaving 428 cases of residents who were found actionable. The net amount of peak balance for these 428 cases was about Rs 4,500 crore.
France will soon hand over to Austria tax data linked to leaked client data of HSBC Holdings Plc, Europe's biggest bank, which has admitted failings in compliance at its Swiss private bank, France's finance minister Michel Sapin said on Thursday.
HSBC bosses rejected calls from British lawmakers for them to quit over the bank's Swiss tax scandal.
HSBC Chairman Douglas Flint and Chief Executive Stuart Gulliver told a panel of UK lawmakers they shared collective responsibility for failings at HSBC's Swiss bank that allowed clients to dodge taxes.
"It clearly was unacceptable, we very much regret this and it has damaged HSBC's reputation," Gulliver told the Treasury Committee with regard to practices in its Swiss bank in the mid-2000s.
"I am responsible for clearing it up. I have made substantial changes," he said.
Gulliver's own tax affairs have been thrust into the centre of the scandal after Britain's Guardian newspaper said he had sheltered millions of pounds in HSBC's Swiss private bank via a Panamanian company.
"Do you have the moral authority to carry on this change process at HSBC?" one of the lawmakers asked him during an often hostile grilling lasting almost two hours.
Gulliver denied any wrongdoing and said being domiciled in Hong Kong did not represent aggressive tax avoidance. He said he had paid all his UK taxes and opened his Swiss account via a Panama company so colleagues could not see his finances.
Flint said the allegations of wrongdoing had had a devastating impact on the bank's reputation that would take time to rebuild.
This has also caused a political storm in Britain ahead of an election in May. The opposition Labour Party has criticised Prime Minister David Cameron for appointing former HSBC Chairman Stephen Green as a trade minister after he left the bank.
Green was responsible along with the rest of the management team for the control environment at the time, but Flint said the people most responsible for the Swiss bank failings were local management.
(Agencies)
Tags assigned to this article:
news 8 banking europe switzerland hsbc reserve bank of india stephen green stuart gulliver ss mundra douglas flint