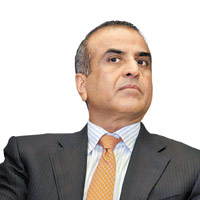 “M&A is like dating. If the right one comes to you and if you don’t take it, he or she will go to somebody else”
— Wong Wai Ming, EVP and CEO, Lenovo, on M&A deals, in an interview. Lenovo has just acquired Google’s Motorola Mobility handset business

“The company has been bleeding and there will come a point when that bleeding means death”
— Ben Magar, chief executive, South African platinum miner Lonmin, in an interview. The firm has, reportedly, lost a third of its annual production due to a strike over wages

“Am I doing a bad job of picking leaders for The New York Times? I don’t think so”
— Arthur Sulzberger Jr, publisher, The New York Times, to a magazine. He recently fired the newspaper’s executive editor Jill Abramson

“We wouldn’t have started if we didn’t think we could finish”
— Jeff Immelt, CEO, General Electric, on bidding for French energy major Alstom, at an industry conference