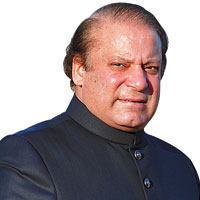 08 November, 2014
Print this article Font size -16+
I will not make any promises; the economy is in terrible shape.”
— Nawaz Sharif, the new prime minister of Pakistan, in a speech to parliament

“The CIC doesn’t understand the politics of this country.”
— Sharad Yadav, NDA convenor and JD(U) president, reacting to the CIC’s proposal to bring political parties under RTI

“To be frank, for some time now we have been going around in circles.”
— Yukiya Amano, director general of the International Atomic Energy Agency, on efforts to clarify concerns about Iran’s nuclear programme

“The next time we wish to enact a law on terror, we must call Mr Modi, he knows how terror works, he knows a lot about terror.”
— Kapil Sibal, telecom minister, referring to Gujarat chief minister Narendra Modi’s objections to NCTC

“It is a bit like a rebirth of the company.”
— Michael Dell, on his proposal to buy back all Dell stock

“They talk of national security but their actions are of political security.”
— Narendra Modi, Gujarat chief minister, on the government’s proposed National Counter Terrorism Centre (NCTC)

“Indians just don’t get ‘conflict of interest’. Srinivasan is bad enough, but Dhoni is just as bad.”
— Richie Benaud, former captain of the Australian cricket team