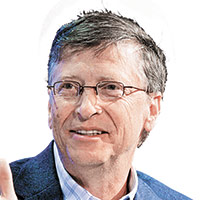 “Policy repression is not the solution”
— P. Chidambaram, on long-term gold import curbs, at the WEF

“It is worse than you might think”
— Kenneth Rogoff,  professor of economics at Harvard University, on Europe’s financial crisis

“Last year was tough, but that’s not the end of the story”
— James P. Gorman, CEO of Morgan Stanley, on bond and commodities trading

“I wanted to get a glimpse of the real world of cinema, which is the other side from my line of work. To me, the world of money is unreal”
—  RBI governor, at the Filmfare awards ceremony

“I think this constant lecturing on ethics and on integrity by many stakeholders is probably the most frustrating part of the equation”
— Sergio Ermotti, CEO of UBS, on ‘banker bashing’, in an interview

Staff At Many Restaurants Say Will Seek Pay Hike, Fear Tips May Dwindle