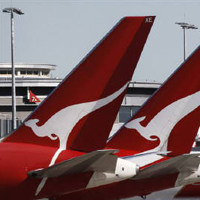 08 November, 2014
Print this article Font size -16+
Qatar Airways has delayed taking delivery of its first Airbus A380 by "several weeks" while the planemaker tackles last-minute problems with the cabin, the airline's chief executive told Reuters.

The airline has asked Airbus to address requests it made after the usual pre-delivery customer inspection, Qatar Airways CEO Akbar Al Baker said on Friday (30 May).

Al Baker was responding to a Reuters query after delegates gathering for the annual meeting of the International Air Transport Association (IATA) said the world's largest passenger jet - the first of 10 ordered by Qatar Airways - was widely expected to arrive in time for the meeting in Doha.

Qatar Airways is hosting the June 1-3 gathering of more than 200 airlines, which is expected to include lavish celebrations marking 100 years of commercial aviation.

"It is customary for the inspection process of delivering a new aircraft to an airline to go through several rounds, and this is not deemed to be an unusual case, though this will lead to a delay of several weeks before its first scheduled commercial route will commence service," Al Baker said in an emailed statement.

The delay is because of "issues with the interior of the cabin", he added.

Airbus confirmed the delay, with a spokeswoman saying: "Qatar Airways and Airbus have agreed to some fine-tuning elements on the first A380 to be delivered to Qatar ... New dates will be communicated once confirmed.”

Delays in jetliner deliveries can cause disruption and extra cost for airlines as they reassign aircraft to fill the gap.

The A380 was designed with a cabin that can be heavily customised to support a luxury brand, but this requires complex configuration when preparing the first model for a new airline.

Lost Opportunity
Delegates in Doha said the inability to deliver the superjumbo in time for the airline industry's biggest annual event would represent a lost marketing opportunity for Airbus, which is trying to boost weak sales of the 525-seat jet.

However, in a rare move, Airbus said it would make a plane order announcement on the sidelines of the IATA event on Sunday.

Singapore Airlines began long-awaited first A380 services to India with flights to Delhi and Mumbai on Friday.

Qatar Airways, which began services to a new $15 billion Doha airport this week, is competing with Gulf rivals that have also bought the A380 as part of efforts to support their own fast-growing hubs: Dubai's Emirates and Abu Dhabi-based Etihad.

Al Baker said in Berlin in March that Qatar Airways would take the first three of 10 A380s it has on firm order in June and would first deploy the jet on services to London.

It is not the first time Qatar Airways, which is seen as one of the most influential but meticulous buyers of jets, has kept the industry in suspense over the addition of new capacity.

In 2011, European cargo carrier Cargolux [CLUX.UL] rejected delivery of a freighter version of Boeing's 747-8 shortly after Qatar Airways took a 35 percent stake in Cargolux, which it subsequently sold. The delay was blamed on a contractual spat over fuel consumption.