Pulse On The Future 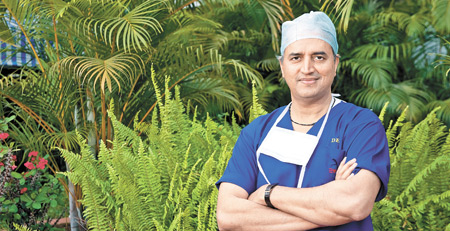 "We will never ever turn away patients only because they do not have money. That said, we know if this has to run as a viable, scalable model, it has to be self sustaining and profitable. Only then we can attract investment," says Shetty. NHPL says about 5 per cent of its patients receive free treatment and an additional 27 per cent receive subsidised treatment.

Vishal Bali, CEO of Fortis Healthcare, says the healthcare market has different segments. "Fortis aims at delivering customer delight. There are patients who can afford to receive the best care in the world. Players such as NHPL and Vaatsalya cater to a different segment of the market. We also have a play aimed at tier 2 and tier 3 cities through a subsidiary. Fortis has an edge on competition in this space."

New Processes
Mass market and corporate healthcare are at odds with each other. While healthcare is increasingly using technology, raising the cost of the service as well as medicine, the mass market expects rock bottom prices. So how does NHPL manage the two ends of the spectrum?
break-page-break
For one, through process innovations, NHPL has brought down the patient's cost of a heart surgery to as low as a package of Rs 75,000 for a 3-4 day surgery and care. Large corporate hospital chains charge Rs 2.25 lakh or more for this. Similarly, because of scale in dialysis, prices are cheaper by 15-30 per cent. Process innovation does not focus on price alone, but also on developing expertise by doctors as the volume and the type of patients they see span the spectrum. Process innovation also helped the Mazumdar Shaw Cancer Centre to not only emerge as the place where the highest amount of bone marrow transplants are done in India, but also helped turn cash positive in just four months. Such efforts have made NHPL a hospital chain that performs the highest number of surgeries on children in the world, right from day-old infants.

Ashutosh Raghuvanshi, CEO of NHPL, says the hospital's most well-known example is of slashing the cost of sutures by nearly half. "It may look like a small component in the overall scheme of things. But because of the volumes we buy, over the past few years, we have been able to push suppliers to cut costs," says Raghuvanshi. Similarly, NHPL cut costs of a pair of gloves from Rs 9.50 to Rs 4.50 by eliminating middlemen and directly going to the manufacturers in Malaysia. "In Raipur or Moradabad, does a hospital need centralised air-conditioning? Can we make do with an AC being present only where it is required for medical reasons or in places such as an operation theatre?" he asks.

NHPL has been able to convince equipment vendors to install machines and accept returns on a pay-per-use model. "An average MRI or a CT scan machine in a conventional hospital might be used just 3-5 times a day. These are extremely expensive equipment. Due to our volumes, equipment firms are comfortable with a pay-per-use model," says Shetty.

Unlike other corporate hospitals where doctors usually consult at multiple hospitals and get a share of the fee charged, NHPL's doctors have a high, fixed component of salary. Also they do not have to do intra-city travel to see patients. This saves time and improves efficiency in terms of handling patients per doctor.

Sreenath Reddy, CFO of NHPL, says since land and buildings cost is a big component of the infrastructure cost of a hospital, they tend to gravitate towards obtaining subsidised land from governments (who, in turn, demand about 5 per cent of patients be treated for free), buying them on outskirts and partnering with land owners. "Hospitals cannot compete with malls and hotels. But there are other cases as well. For instance, our new Whitefield hospital in Bangalore was originally a warm shell for a hotel. But due to an oversupply of rooms, the owner agreed to convert it into a hospital with a long-term lease where we pay a percentage of revenues." NHPL has an in-house unit to closely monitor construction.

It has a legacy of construction, too. Shetty's father-in-law Shankar Narayana Shetty provided the initial capital required to set up NHPL. His construction firm worked on some landmark projects, including the civil works for the world famous Jog Falls in Karnataka. The name Narayana Hrudayalaya is partly a tribute to the funding received from him.

The Vertical And The Global
Besides going horizontal with mass market, NHPL has another prong to its growth strategy: new verticals. For one, in dentistry, mostly an entrepreneur-doctor driven segment, it is trying to build a national chain. It operates 32 Narayana Dental Clinics in Karnataka and West Bengal. Nitish Shetty, (unrelated to Devi Shetty), director of NHPL's retail healthcare division, says it will add another 100 clinics in the next 18 months. The division is close to raising $15 million to fund expansion. Nitish also heads Reviva, NHPL's foray into cosmetological care. It offers plastic surgery services apart from botox treatment, liposuction, rhinoplasty, and dermacare. "Unfortunately, from random skin clinics to spa's and beauty parlours, everybody is dabbling in what should actually be done only by highly trained doctors. We launched Reviva less than a year ago in Bangalore. We will scale up once we work out all the chinks."  Similarly, eyecare through Narayana Nethralaya is another segment NHPL is addressing. "More than numbers, my ambition is to bring healthcare closer to the masses by making it reasonably-priced and easily available," says Shetty.

NHPL has set its sight on not only expanding nationally, but on having an international footprint too. The idea, says Shetty, is to foray into markets where Indian doctors can practise in international markets and where there is demand to be tapped. Both Cayman and Malayasia recognise Indian medical degrees. Cayman has the added advantage of being just an hour away from the lucrative US market. With healthcare costs exploding in the US, a segment of the populace is ready to pay prices that are lower than US market prices for quality healthcare. Initially, while the 250-300 bed facility in Cayman will be a multi-speciality hospital, Shetty aims to even offer geriatric (old age) care. "It will also target and be priced at the mass market, in the Caribbean and North America." In Malaysia, NHPL will work with Columbia Asia group in running the cardiac care centre.
break-page-break
The Stretch Target
Will the scale NHPL is now aiming for stretch the group's managerial, financial and human resources beyond its ability? "Not at all," says Shetty. But a senior official of a leading hospital group says NHPL's plan to increase bed capacity six fold in eight years is unrealistic. "Even what they tout as their existing capacity (large numbers of beds) is actually attached to some medical colleges or an institute. While the embedded model helps you show high numbers, those relationships can sour quickly. Also, this is not the fast food business and there are limits to what you can do with volumes," says the rival. "The quality of the sponsor, in particular Shetty's background, was a significant determinant in supporting NHPL. Any investment will be present with challenges. But we believe that Shetty and his team are well-placed to navigate potential challenges," says JP Morgan's Chris Nicholas, who sits on the the hospital chain's board of directors.

In 2008, JP Morgan and PineBridge picked up 12 per cent each for a cumulative investment of $100 million (Rs 400 crore then). Santosh Senapati, managing director of PineBridge Investments, which holds a 12 per cent stake in NHPL, says the addition of new hospitals is a carefully thought out move and the company has the ability to execute them. Senapati says there is an initial public offering covenant at the end of seven years. Already four of those years are nearly over. But Shetty says that is "not the only exit option for the investors".

Reddy says if required the company can leverage itself beyond its current debt of Rs 150 crore, if an attractive investment opportunity arises. At least to address the manpower shortage, NHPL is already laying out plans for backward integration. Shetty intends to start a medical college, which will be attached to the Ahmedabad hospital.

There are just a handful of India's healthcare chains such as Fortis, Apollo Hospitals and Manipal Group that are casting their net outside India. NHPL may have been among the last to get on to the bandwagon, but it has set, perhaps, the stiffest target for itself.

Shetty's unique proposition of "mass market", however, is a double edged sword. While chains targeting the mid-to-high segment of the market can still absorb some inefficiencies, NHPL will be on the razor's edge. Nowhere else will its process innovation count more than in this global gameplan. Even though it is a work-in-progress, count on us to bring you if the strategy worked or not.