Paris [France], February 25 (ANI): The Tibetan community held a demonstration in Paris protesting against the torture of a Tibetan tour guide in a Chinese prison, which led to his death on February 6, 2021.
Kunchok Jinpa, a 51-year-old tour guide, had died on February 6 while being in a prison in China. He is reported to have died after suffering a brain hemorrhage due to torture for around eight years.
Citing local sources, Radio Free Asia said that Kunchok Jinpa, a resident of Driru (in Chinese, Biru) county in Tibet's Nagchu (Naqu) municipality, had vanished in custody after being detained on November 8, 2013, and died on February 6, three months after being admitted to hospital suffering from paralysis and a brain hemorrhage. 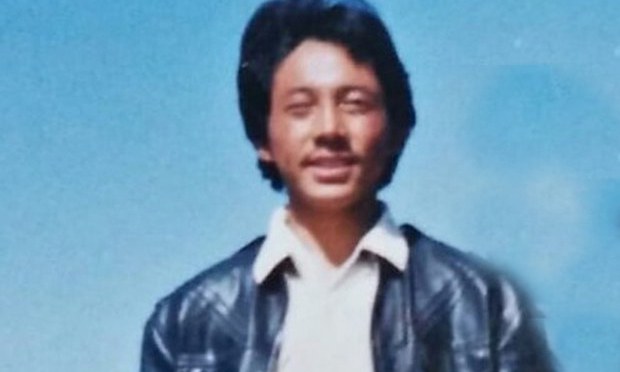 He had gone to live and study in exile in India in 1989 and returned to Tibet in 1998 to work as a tour guide.
Speaking to RFA, a close friend in Tibet said, "He refused to hoist the Chinese national flag on the roof of his house".
Since Jinpa had once lived in India, he was "aware of many things" and had often helped and guided Tibetans wanting to go there, the friend added.
"Kunchok Jinpa's death [at the hands of China] is a clear picture of the cost of disclosing true information from inside Tibet to the outside world," said Yarthar, a former Driru resident now living in India.
During the protest, the students of Free Tibet also called for freeing Tibet from Chinese occupation. 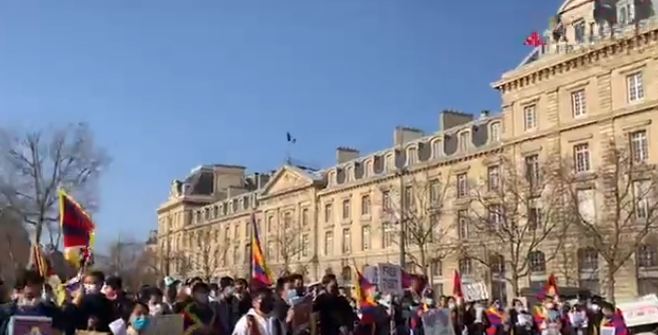 "Kunchok Jinpa's death is yet another grim case of a wrongfully imprisoned Tibetan dying from mistreatment," said Sophie Richardson, New York-based Human Rights Watch China director.
"Chinese authorities responsible for arbitrary detention, torture or ill-treatment, and the death of people in their custody should be held accountable," Richardson added.
"This is just the latest case of a Tibetan dying after being imprisoned for daring to defy the occupying Chinese government," added John Jones, Campaigns Manager at London-based Free Tibet, in a February 17 statement.
On January 31, a similar kind of protest was held outside the Chinese embassy in Paris to protest the death of Tibetan monk Tenzin Nyima, who died of injuries sustained from beatings and torture in a Chinese prison.
The 19-year-old monk died of injuries sustained from beatings and "torture" in a Chinese prison in Sichuan's Kardze prefecture after being released in a comatose state by his jailers, Radio Free Asia reported.
The young monk, Tenzin Nyima (also called Tamay), was from Dza Wonpo monastery, in Wonpo township, Kandze prefecture, a Tibetan area within Sichuan province.
The authorities initially detained him on November 9, 2019, two days after he and three other Wonpo monks briefly distributed leaflets and shouted slogans calling for Tibetan independence outside the local Wonpo government office. (ANI)