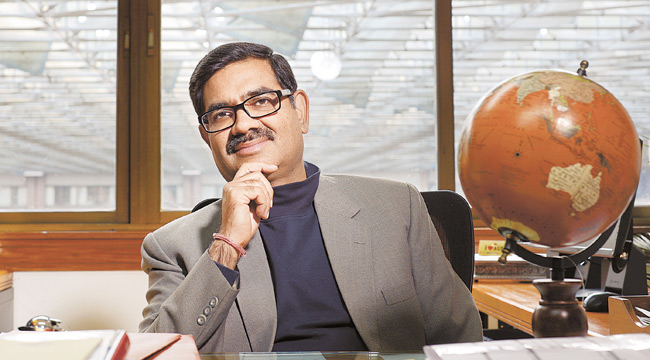 10 March, 2015
Print this article Font size -16+
If one was looking for big bang reforms, the 2015 Budget was not the place to look for them. The tone had been set a day before with the Economic Survey persuasively and elegantly arguing for ‘persistent, encompassing and creative incrementalism that could cumulate to big bang reforms’. Gradualism in economic reforms in India has, for the most part, been the rule to minimise political opposition that inevitably gets created due to redistribution of the pie. Gradualism also affords the opportunity to retract in case of violent opposition to specific measures. Collective action in India with its multiple institutions and actors has a logic of its own — sometimes described as ‘fitful and opportunistic’. The metaphor invoked in the finance minister's Budget speech of a giant super tanker, however, indicates a certain sure-footedness with which he presented his government’s first full budget. The space to do so was made possible in part by the good fortune of lower international oil prices and in part by breathing life into a flagging economy. The path to reform laid out in the Budget and the several documents that preceded it — the Economic Survey, the Rail Budget, not to mention the Fourteenth Finance Commission report — all show remarkable consistency in design and could well propel India to double-digit growth that a few years ago seemed a distant and elusive dream. In short, there are many challenges for economic revival, but India also provides a golden opportunity to build consensus for strong structural and fiscal reform.

Restoring growth is paramount. In the last two years, growth had slipped due to execution bottlenecks, especially in large infrastructure projects and massive decline in private and public investments. But economic growth has been one of the stimulants of India’s massive reduction in absolute poverty. It is therefore essential to bring it back. Falling growth reduces the fiscal space to continue with untargeted subsidies on the existing scale. Rationalising subsidies must, however, be accompanied by an extensive transformation of India’s social protection framework and using the Aadhaar platform to facilitate direct transfers that will allow for better targeting. If India can attain 8 per cent annual gross domestic product (GDP) growth and higher thereafter, the fiscal constraint might loosen due to increased tax revenues. At the same time, the finance minister has indicated serious intent to widen the tax base, including introducing powerful deterrents to prevent off-shoring transactions to evade local taxes. The Budget puts in place a road map for fiscal consolidation, including expenditure management, targeting a fiscal deficit of 3 per cent in three years, but is silent on the zero revenue deficit golden rule. It is also important to adhere to a time frame to eliminate revenue deficits and thus, to ensure that all borrowings are used for infrastructure spend. With cooperative federalism and devolution of powers necessitating 42 per cent of all tax receipts for state governments, it is vital to increase India’s tax-to-GDP ratio to about 13 per cent from the currently estimated 10.3 per cent. A single goods and services tax (GST) rate (across states and products), to be implemented from 2016, will help in increased compliance and, if set at competitive levels with limited exemptions, it would catalyse growth and hasten the creation of the long-awaited single market within the country.

Fiscal consolidation along with a commitment to eliminate revenue deficit is another way of acknowledging and providing for massive investment requirements in maintaining and creating new physical infrastructure to spur growth. The growth dividend from infrastructure investments is well known and India, for example, spends too much on logistics per unit of GDP compared to any other country. At the same time, private participation in infrastructure has suffered on several counts and yet private public partnerships (PPP) must be viewed as an instrument to not only ease capacity and financing constraints but also as an effective tool to promote competition in service delivery and improve the quality of service. To crowd in unwilling private investments in infrastructure over time remains the goal and to do that, the FM has proposed an increase in public investments in infrastructure by Rs 70,000 crore over last year. This is a good step and must be accompanied by institutional and regulatory reforms, including efficient dispute resolution processes, especially for PPPs. If anything, in India, the government’s evolving role in regulation could be the difference between good and ‘not so good’ outcomes. Effective and efficient regulations — including the setting of adequate tariff levels—are critical for infrastructure reforms. The re-introduction of tax-free bonds, encouragement for households to invest in pension funds and development of a corporate bond market are the other instruments that have found favour to kick-start the stubborn investment cycle.

The choice of pathway to growth is also fundamental. Over the next two decades, 75 per cent of India’s GDP and 70 per cent of all net new jobs will come from cities. How cities develop over the next few decades will be determined by choices made today. India’s environmental externalities are already estimated to cost 5.7 per cent of GDP, and urban pollution is the cause of a disturbing number of premature deaths. India houses 13 of the G20’s 20 most polluted cities. The FM admitted that environmental degradation hurts the poor more than others and committed to doubling the effective ‘carbon tax’ on coal from Rs 100 to Rs 200 per tonne.

The new government was reproached recently for its piecemeal nature of reforms —limited to streamlining procedures for certain government approvals —that missed a grand design for further and bigger reforms. Against the backdrop of enormous expectations, the FM has provided a vision by announcing a new tax regime, a framework for streamlining subsidies via direct benefit transfers and a time frame for achieving fiscal consolidation. A good fisc will create positive spillovers for growth and job creation, for Swachh Bharat and for Digital India. Achieving the targets announced in the Budget will necessarily be subject to complementary reforms elsewhere — in land, capital and labour markets, and especially in the institutional and enforcement apparatus that more often than not limit benefits of a grand design. Let’s hope this time is different.

The author is Director and chief executive, Indian Council for Research