Prominent Change Makers Under The Age Of 40 Honoured

The awards recognized and felicitated the brightest young entrepreneurs, innovators, and change-makers. 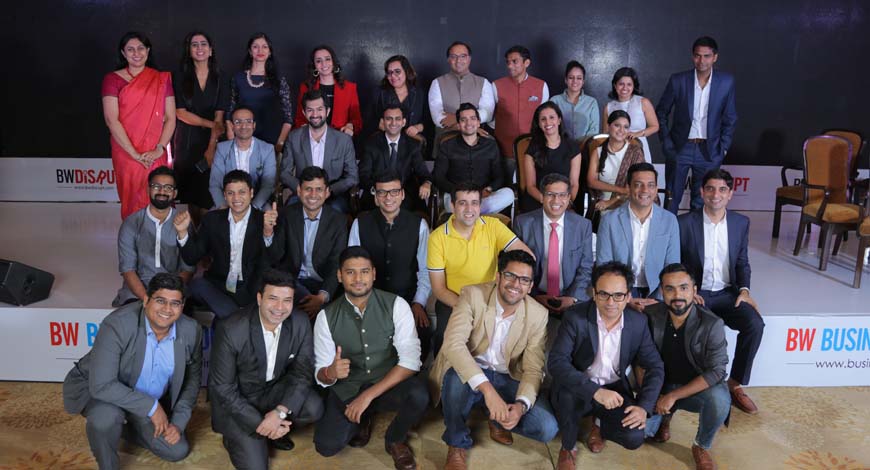 The hunt for the 40 most disruptive founders, funders, corporate leaders and change-makers has ended. 40 awards and 3 special mentions were awarded after a rigorous jury process at the third edition of BW Businessworld 40 under 40 Awards in association with BW Disrupt.

The eminent jury consisting of Bhaskar Pramanik Former Chairperson, Microsoft India, Mahendra Swarup Founder, Venture Gurukool among others had to decide the winners from the 267 entries for this years 40 under 40 awards. The entries ranged from various categories of business and others.

The jury meeting was held on 10th October 2019 where the eminent jury decided the 40 winners from a list of 120 shortlisted candidates. The winners have showcased outstanding elevator pitch, organization USP, growth parameters, vision and faith, and conviction.

Jury member Vaibhav Agarwal, Partner – Lightspeed India Partners said “The actual selection process was very intense it was multiple hours. We really benefited from the breadth of experiences from the jury. There were people who were leaders in technology, to investing in operating. We had a lot of passionate debate.”

Jury member Shailesh Rao, Head India, and South Asia – TPG Growth said “ I am really impressed by the passion, ambition, thoughtfulness and the maturity of the participants that I saw today. The country and the world are in good hands if this is the representation of future leaders.”

The event featured immersive experiences and conversations that will help entrepreneurs and others in business fields get valuable real-time feedback from the audience, and also help personalities think through the importance of innovative and visionary thinking in business.