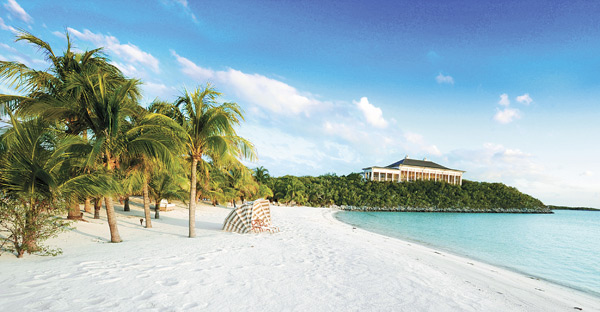 08 November, 2014
Print this article Font size -16+
Quick, what’s common to Mel Gibson, Leonardo DiCaprio, Johnny Depp, Nicolas Cage and Ricky Martin — apart from the fact that they are all  hunks? All of them are masters of their own private islands — a little bit of paradise turned into their private fiefdom. And what do the isles give them, besides bragging rights? They are ‘gifted’ to friends for weddings and honeymoons and, of course, serve as the perfect hideaway to avoid bad press after a movie bombs.
It’s the new A-list status symbol and everyone, from Virgin Group’s Richard Branson (he owns three private islands spread across the globe) to pop diva Celine Dion and Oracle’s co-founder Larry Ellison, has an island with beautiful beaches, which is their very own little — or in some cases not so little (Ellison has purchased Hawaii’s sixth largest island) — retreat.
And what’s good enough for the global super rich is good enough for our home-bred HNIs (high networth individuals). Chris Krolow, CEO of Private Islands, a Toronto-based real estate company which has over 500 private islands listed with it, says that they are increasingly receiving enquiries from rich Indians wanting to buy a private island in the Caribbean and even some of the smaller islands in Canada. “With the Maldives opening up, there is huge demand from Indians to take up an island on long-term lease there.”
So, typically, how much will an island set you back by and which part of the world should you buy an island in? “In general, it is easiest to purchase property in a country where you hold citizenship; for international buyers, North America has some of the most accessible properties and property laws,” says Krolow. While the celebrities may have made investments of a few million dollars, one can purchase an island in Canada, Belize or Nicargua for less than $100,000 (approximately Rs 56 lakh) — that’s cheaper than buying an apartment in Mumbai or Delhi.
But it’s the Bahamas that everyone wants a slice of. They are not only beautiful with miles of virgin beaches, palm trees and aquamarine waters, but also make financial sense. “The Bahamas are a tax haven. We have no income, capital gains or inheritance tax,” explains George Damianos, president of Damianos Sotheby's International Realty based in the Bahamas. The most expensive island listed with Sotheby’s is part of the Exuma Chain and is priced at $85 million. The other popular regions include the South Pacific and Central America. “Panama is no doubt the most urban of Central America’s island markets, offering proximity to not only a world-class metropolis but also having advantageous banking and residency laws, and excellent transportation and medical infrastructure,” says Krolow.
The Maldives are also attracting a lot of interest. Till recently, you could only develop an island as a resort. However, now it is possible to take an island for individual use on long-term lease from the government. “This has really created excitement in the market. The Maldives have always been beautiful and are a hot option for rich Indian and Chinese buyers as they are closer home for them,” says Krolow. In fact, he is thinking of opening another office only to cater to the Asian market. Moreover, what’s attractive about the Maldives, besides the natural beauty, is that the islands being given on lease are fully developed — that means your electricity, fresh water and connectivity needs are taken care of.

If you are a true blue son of the soil and want to buy an island in India, you do not have many options. Islands in the Lakshwadeep and the Andaman and Nicobar regions are protected and owned by the natives and cannot be sold. Your only option is to buy an island in a river. A few of them in Kerala are listed on property websites. Till recently a 44-acre property called Palm Island located near the village of Padiyoor, 40 km from the Cochin airport, was listed on the Private Islands website for $2.4 million.
Most islands in the Caribbean require a lot of work. Plus, it is really expensive to maintain them. Just keeping minimum staff costs upwards of $50,000 a year, explains Krolow. Developing an airstrip will set you back by $500,000-1 million, add a jetty and costs escalate. “The idea of a private island may sound very romantic but once there you still want all the basic comforts. Nobody wants to live in a shack,” says a Delhi-based realtor.
But once you do get all the permissions and develop the island, the price appreciates. “The price of an island appreciates through development, accessibility and the ease of communications,” says Damianos. However, from an investment point of view what is important is that you buy the island at the right price. Krolow says pre-recession, most islands were overpriced. But now  buyers are getting a better deal. Agrees Damianos of Sotheby’s: “Recession has affected the business and sellers have become more realistic about prices.”
Buying your own island does sound like a dream. But before you put down millions, do consider a few things. For starters, you need to be sure why you are buying it. Is it a real estate investment, are you going to develop it into a resort or is it going be your second home? If it’s an investment you are better off buying a freehold property rather than a long-term lease. If you are looking at developing it into a resort, you need to check on laws relating to development of the property and things like connectivity. If it’s going to be your second home, then proximity and travel time need to be considered.  Then you also need to factor in the climate. For instance, tropical islands are beautiful, but are you prepared to battle humidity, heat and the insects that come with life around the equator?
If the answer is yes, then go ahead. After all, nothing spells exclusivity like an island address.
smitatripathi(dot)bw(at)gmail(dot)com
(This story was published in Businessworld Issue Dated 24-09-2012)
Tags assigned to this article:
magazine travel kerala smita tripathi maldives richard branson magazine 24 september 2012 luxury special 2012 islands virgin group private islands bahamas andaman and nicobar islands george damianos chris krolow