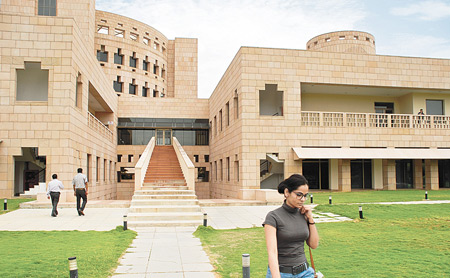 Policy makers believe that perhaps it is better to move to a model where things are transparent and direct by making higher education institutes for-profit. That will attract lots more private investment in education.

The US allows for profit colleges and universities; 9-10 per cent of the student population is enrolled in them. Brazil and China have also recently allowed for-profit education.

Many experts worry that while many institutions will spring up, they will cater only to the elite and privileged classes, but exclude access to a large percentage of our student population.

"This will go the way of private schools and private hospitals that created services just for the elite, but left more than 90 per cent of the population dependent on dysfunctional government services in which the upper class has no interest," says Prabhat Aggarwal, founder and coach, Aravali Scholars who is both an IIT and IIM(A) alumnus. "People who can make a difference are still interested in the governance of colleges like St. Stephens, the IITs, RECs, SRCC and IIMs."

The counterargument draws an analogy from healthcare: the elite are now going to expensive private hospitals, relieving pressure on government-run hospitals.

Globally, education is usually not-for-profit; even Ivy League colleges in the US are funded by individual and corporate philanthropy. But the issues in education are more than about public good versus private interest.