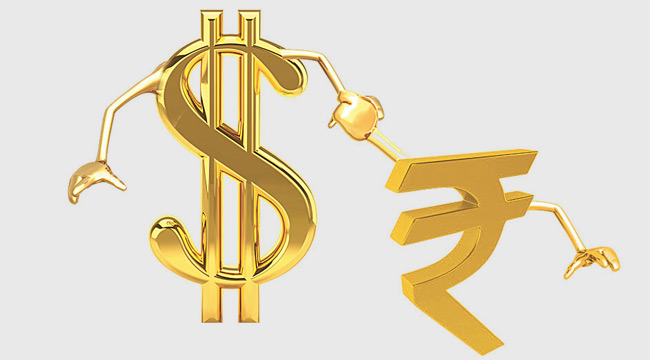 29 April, 2015
Print this article Font size -16+
The recent statement by minister of state for finance Jayant Sinha that the country needs to move towards full capital account convertibility if it has to become a leading economy can be read as his confidence in India’s projected growth story. RBI governor Raghuram Rajan’s view that he hopes to see full capital account convertibility in India in a few years is also a reflection of the same optimism. However, projections aside, have we really achieved the level of economic clout that will allow us to make our currency so liquid? Our current account deficit might be narrowing down, but will that provide the same comfort as a current account surplus? Is our trade deficit sustainable? Can our financial system absorb the shock of a sudden flight of capital? Unless we have satisfactory answers to all these questions and more, full convertibility of capital account may remain just a rhetoric.
— Joe C. Mathew

Driving Sense
Just about everybody will agree that ‘all’ dud-loans are not due to malfeasance, but will in the same breath add that the ‘bulk’ of it is due to it. Not a day goes by without a snippet on a bank moving on a defaulter, and this adds to the gloom. It’s tempting to conclude that it is due to the ab initio intent of the borrower to defraud the bank. But bankers have been known to be indifferent and negligent of the genuine needs of borrowers in many cases; at times, it is due to factors beyond borrowers’ control. S.S. Mundra, deputy governor, Reserve Bank of India is of the view that “a middle course perhaps would be the most ideal mix, with the bankers following the right regulatory rigour and the borrowers following a model code of conduct in their dealings”. Point is: the “bulk” of dud loans are not due to malfeasance.
— Raghu Mohan
Belated Bid To Revive The Sick
Union minister of chemicals & fertilisers Ananth Kumar has declared 2015 as the Year of Active Pharmaceutical Ingredients. He has assured the pharma industry of appropriate steps to make India self-sufficient in bulk drugs. What warranted this move is the grim reality that over 90% of India’s bulk drug need is met through Chinese imports. This is surprising considering that India used to be the bulk drug capital of this part of the world just a couple of decades ago. If industry is to be believed, government policies, including strict cost-based pricing of bulk drugs for a very long period, is the prime culprit. It made manufacture of bulk drugs unviable and drove away private players into cheap import substitution. Government policies should help industrial growth, not stymie it.
— Joe C. Mathew
In Choppy Waters
Merchandise exports during March were valued at $23.9 billion, 21 per cent lower than $30.3 billion in March the previous year. On the other hand, services export in February 2015 stood at $14 billion, six per cent higher than $13 billion during the same month last year. On India’s trade balance front, merchandise trade has always resulted in deficit, while services trade has always given a surplus. The sharp fall in exports in March is yet another reminder that India cannot depend on merchandise exports alone to manage its trade deficit or increase its share in the global trade in the coming years. The services sector needs to be developed to its full potential.
— Joe C. Mathew
Gods To The Economy’s Rescue?

The Modi government’s decision to use gold stashed in temples , which otherwise would be locked for generations, to meet the insatiable demand for the yellow metal in the country, makes good economic sense. It could reduce gold imports, which accounted for over 28 per cent of India’s trade deficit in the year ended March 2013. If the government is able to persuade big temples to open their treasure boxes, it would reduce the country’s import bills significantly. Besides, temples would benefit from steady cash flows in the form of interest payments in lieu of the gold deposited. Emotions apart, this makes more practical sense for temples than sitting on piles of gold and doing nothing about it. Having said that, the government should come out with clear guidelines as to what vintage of gold could be deposited with the banks. Several ancient Indian temples claim to have offerings in gold that date back to over 500 years. Such artefacts — with enormous antique value — should be preserved at all cost.
— Shailesh Menon

Not Giving Up Yet
The Nano has given Tata Motors its biggest highs and worst lows. When it was launched in 2010, it was touted as India’s Beetle. But things did not go as planned even after $1 billion was sunk into the project. Tata Motors was blamed for botching up its marketing strategy. Apparently, the company had erred in pitching the Nano brand at the middle class Indian family rather than the younger Indians. The upshot: the middle class disowned the car because it did not consider it an upgrade in their lives. Nano’s fate was sealed because it ignored a fickle generation. But Tata Motors has not given up on the Nano yet. It has decided to woo the millennials with a new generation Nano — geared with automated manual transmission, a bigger engine, and lots of telematic features. These are sure do away with the old blues, which had impacted sales. In the five years since its launch, the Nano has sold only 270,000 units as against the planned one million units. While the new marketing strategy will surely target the younger working Indian, it will take much more than that for the Nano to become a successful brand. It needs to prove that it can drive better than any other car in the market. Only then, will there be redemption for the Nano and its maker.
— Vishal Krishna
Tags assigned to this article:
economy vishal krishna tata motors gold raghu mohan trade deficit raghuram rajan joe c mathew ss mundra shailesh menon jayant sinha