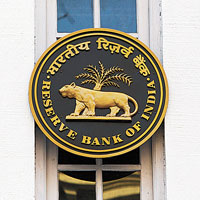 08 November, 2014
Print this article Font size -16+
The Reserve Bank of India (RBI) has a tendency to shoot from the hip. It has strong preconceptions, and it tends to act mechanically on their basis. For once, though, it has diverged from its predilection; it should be congratulated on this departure from instinct. The central bank is deeply prejudiced against imports of gold, which, it believes, imperil “external stability”, whatever that may mean. The shortsighted steps on gold taken by the finance minister in the budget and now were no doubt inspired by the Reserve Bank’s panic; to that extent, action has already preceded reflection. But, at last, the Reserve Bank has come out with a discussion paper on gold.
Its obsession with gold stares out of every page. It is obvious that an increase in gold imports would worsen the balance of payments. But when the RBI says it would lead to lower reserves or higher debt, it makes an unstated assumption that exports would remain the same. The point is that gold is just one item in the balance of payments; every commodity, service and financial flow is a part, and all the parts go to determine the balance. The balance of payments is a macroeconomic statement, and its deterioration is one component of the overall developments. By its silence on this aspect, the RBI can avoid the fact that it has failed in its management of the balance of payments.
It notes that gold imports have gone up despite rising prices, and concludes that the demand for gold is inelastic. This is an elementary error in economics: if both the price and purchases go up, the elasticity of demand is negative. And it can happen only if there is an additional variable in the demand equation. In the present case, it is price expectations. The housewife expects gold prices to go up further, and is stocking up for her daughter’s marriage before they do. And why does she expect prices to go up further? Because naughty economists have told her that the RBI will ensure that. It has considerable aversion to a decline in its reserves. Its preferred policy option against an adverse balance of payments is devaluation. As long as it goes on devaluing the rupee, the domestic price of gold will rise even if its price abroad does not. The Reserve Bank has, in effect, guaranteed profits to domestic speculators on gold prices.
It mentions that gold and oil imports are the principal culprits. It has issued an entire paper on gold imports, but is studiously silent on oil. Oil importers are big companies sitting on piles of cash; if little housewives are hoarding gold, big refining companies must be hoarding oil on a massive scale. But it would be impossible to find a word on it in the RBI’s reports.
Gold earns no interest; but if a housewife deposits her gold with a moneylender as collateral, he will give her a discount on the rate of interest. As gold hoards have gone up, so have gold loans. In fact, the demand for them is so high that moneylenders do not have the cash to lend. So they go and borrow from banks. The Reserve Bank calls them nonbank finance companies. It looks askance at all the money they have been borrowing from the banks. So it appointed a working group to tell it what to do.
If a question is put to eight bureaucrats, they will give 88 answers; so has the working group. That level of scholarship is excessive for the simple question addressed to them. One can look for a macroeconomic solution or a microeconomic one. The macroeconomic solution would be to dismantle public expectation of a continuous rise in gold prices by stabilising the exchange rate and, if necessary, appreciating the rupee. To do that, the government would have to disinflate the economy by raising revenue, reducing its expenditure and tightening credit. The microeconomic solution would be to economise on gold by the same means the government uses to economise on cash — allow people to deposit gold with banks and earn interest.

That, however, would entail losses for banks unless they can lend the gold at interest.  Instead of offering vaults to depositors for keeping their ornaments, banks should use the vaults to keep their own gold, and lend it out to moneylenders, gold dealers and others. That would be close to introducing a gold currency. Maybe that should be the subject for the next working group of the Reserve Bank. It would be a waste of time if the working group consisted of the same unimaginative bankers and bureaucrats, and if its terms of reference already implied the conclusions it was required to come to. It is time the Reserve Bank started bringing in some decent economists and letting them generate ideas.