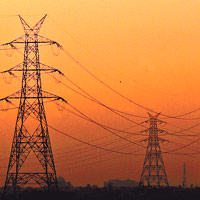 The power outage, which started at about 9.45 AM, is yet to be restored, said Tata Power which was last month allowed to distribute power in the island city.

The tripping forced the company to switch off several feeders, it said.

"Tata Power would like to inform that today at 0945 hrs the power supply was affected due to tripping of unit 5 of Trombay power station. This tripping has resulted in load reduction in Parel, Mahalaxmi, Dharavi, Chembur and Grant Road areas of south Mumbai. This impacted controlling loading on the 220Kv Kharghar-Nerul-Sonkar-Trombay tie line which supplies power to the city," the power company said in a statement.

The company further said it is working towards an early resolution and will ensure power supply to these areas at the earliest.

The affected consumers are mostly of the state-run BEST as no private player is distributing power in the island city. The BEST (Brihanmumbai Electric Supply and Transport), which gets its power supply from Tata Power, has around 10 lakh consumers in the city.

Meanwhile, BSET in a statement said following the tripping at Tata Power unit at 0940 hrs, it has been facing transmission constraints to bring power from outside to the city.

Meanwhile, Reliance Infrastructure, which supplies power in the western suburbs of the city, said, "Due to tripping at Tata Power unit no. 5 of 500mw, there is transmission constraint on its transmission corridor. Due to this, rotational load shedding has been imposed by Tata Power in Chembur, Santacruz, Ghatkopar, Bandra, Kurla, Tilaknagar, Vikhroli, Saki Naka and Juhu."

"We regret the inconvenience and are constantly in touch with Tata Power for restoring normalcy at the earliest," Reliance Infrastructure added.