Poor To Get Cash Through Banks, ATMs 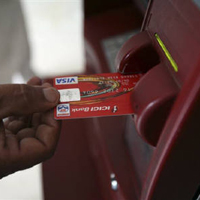