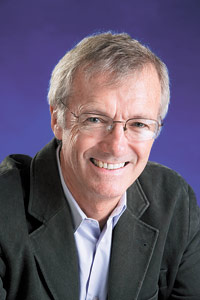 08 November, 2014
Print this article Font size -16+
Sharing it, rather than buying it, has become a serious trend. In transport, any big city worth mentioning seems to feel it needs a share-bicycle scheme — the Vélib’ scheme in Paris was a pioneer (although not the first). Barclays Cycle Hire in London is a major operation and, when I was in San Francisco recently, Bay Area Bike Share had just been launched there. Ditto for shared cars — I’ve got a Flexicar card (Australia) and a Zipcar card (UK and US) in my wallet. BMW is working on its own version, scattering BMWs around a city (Munich being the first) for shared use. At  the other end of the transport spectrum, you can even share executive jets. NetJets is the best known. Ride-sharing (aka dynamic carpooling) is another rapidly growing field. And then there’s Airbnb, the do-it-yourself hotel operation where you rent out a room.
Less Security
At the moment, it’s all more, more and more when it comes to travel security — the backlash has to come. Amid this increasing security madness, it’s great to occasionally see a tiny glimpse of sanity. Exiting San Francisco airport, I encountered a sign saying you couldn’t bring your bottle of mineral water across to the airside from the landside, but you could empty it out and refill it — for free — at a water fountain. Well, that makes sense! The world certainly doesn’t need any more plastic bottle waste.
Burning Energy
We don’t want to sit around when we’re travelling, we want to do things, get fit or simply pump up the adrenaline. An example: bicycle touring. This could be gently pedalling from one stylish guest house to another (with winery stops in between) in France, or cycling the length of Africa with the Tour d’Afrique organisers. They also put on adventurous long-distance bicycle tours in other regions, including India. Or trekking — head to Nepal for the Himalayan heights or almost any other country you care to mention. I’ve joined long distance walks in recent years in England, Italy, Colombia and Australia. Then there’s skiing of course, scuba diving (I’m off to Tonga in a month) or adventurous interludes like hot-air ballooning, bungee jumping, white water rafting. Name an activity, and it’s a growth field.
Rising Airlines, Rising Hubs
The growth of Doha, Abu Dhabi and Dubai as a three-point superhub, reinforced by three super airlines — Qatar, Etihad and Emirates — will continue. It’s a combination of a whole list of factors.

They’re an efficient location; Dubai has become the one-stop jumping off point to almost anywhere
in the world. Increasing aircraft range is another big factor and the arrival of the 777X in a few years will reinforce that trend. Having three very competitive airlines — in everything from fares to new aircraft to excellent service — also helps. But those three Gulf state locations aren’t the only places that have become increasingly important hubs. China Southern Airlines is promoting Guangzhou as an alternative to Hong Kong, Singapore and Bangkok as an Asian hub. The currently high-flying Turkish Airlines is pushing Istanbul as a hub; there’s even talk about non-stop flights between Istanbul and Australia. Once upon a time, flying between one African country and another often meant going via Paris or London. Now Addis Ababa (thanks to Ethiopian Airlines), Nairobi (Kenyan Airways) and Johannesburg (South African Airways) have all become African centres with extensive connections. The only place that seems to be missing out in this growth of hubs is India! If you want more than just a landing and taking off experience, surely there’s far more to see in India than the United Arab Emirates? So why isn’t Delhi or Mumbai a competitor to West Asia? Location wise, the Indian centres are probably even better situated on the Europe-Asia-Australia route than the West Asian airports.
Niche, Niche And Niche
Everything will continue to get more specialised. There’s still lots of demand for big, featureless, you-could-be-anywhere-in-the-world hotels, but there’s also a lot of demand for small, specialised places ranging from super-deluxe boutique resorts to interesting budget places. Aman Resorts may have kicked off the super-deluxe category, but there are plenty of other contenders today.

Cruise ships are a big growth category anywhere, but much more interesting than the big ships are the small ones, whether they’re heading south to Antarctica, north to the Arctic searching for polar bears, nosing into lagoons on remote Pacific islands or threading their way up the inlets in Australia’s wild Kimberley region. Then, there are long train trips — South Africa’s Blue Train, Australia’s Ghan, the Trans-Siberian across Russia. Or, specialised visits to archaeological sites. Name a speciality and it’s a growth field.
The author is co-founder, Lonely Planet
(This story was published in BW | Businessworld Issue Dated 13-01-2014)