New Delhi [India], January 26 (ANI): Delhi Police personnel sat on the road in Nangloi in an attempt to block the movement of farmers tractor rally being held in protest against the three agri farm laws.
Meanwhile, a Delhi Police personnel was rescued by protesters as another group of agitators attempted to block his way and assault him at ITO in Central Delhi. 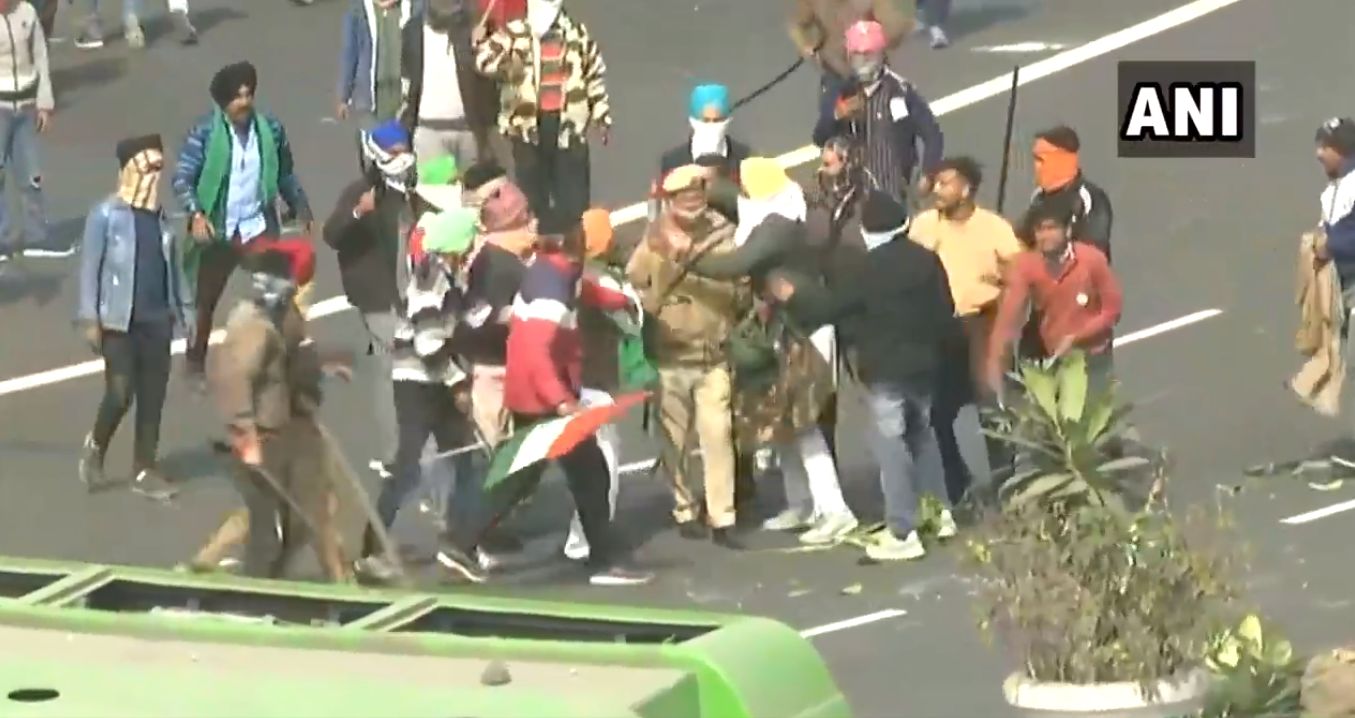 Another Delhi Police personnel was looked after by fellow personnel as he fell unconscious while on duty at Dilshad Garden, during the farmers' protest. He is now being taken to a hospital after regaining consciousness. 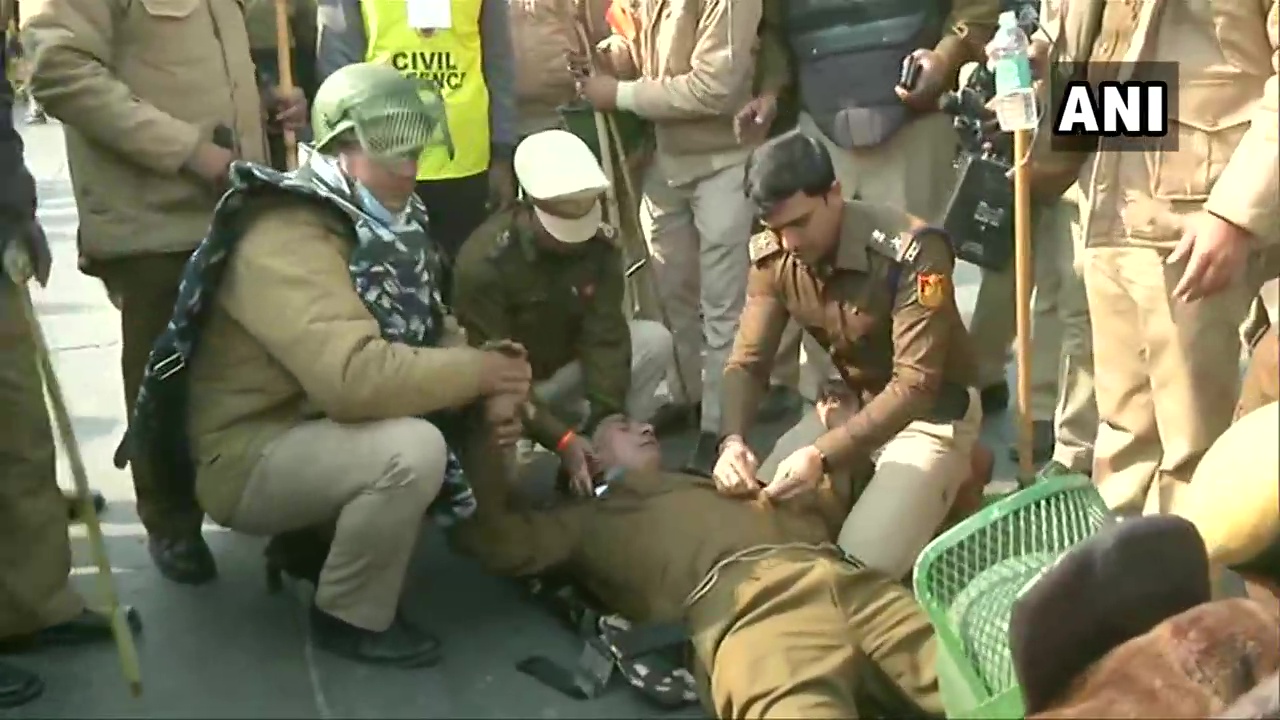 Protests against the Union agri laws intensified in the national capital on Tuesday as groups of farmers were seen indulging in vandalism of public property and targeting police personnel deployed for Republic Day security.
Reports of farmers breaking barricades to enter Delhi and indulging in vandalism poured from several parts of the city. (ANI)