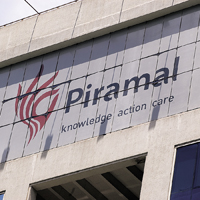 08 November, 2014
Print this article Font size -16+
IndiaVenture Advisors, a private equity fund owned by Indian drugmaker Piramal Enterprises, is planning to raise up to Rs 1,000 crore for a new fund that will invest in healthcare and education, its chairman said. Investors have stepped up ploughing money into the healthcare sector in India, home to more than 1.2 billion people, betting on steadier returns than in other businesses that have been hit by an economic slowdown.
"It's a defensive sector and is recession-proof," IndiaVenture Chairman A.K. Purwar told Reuters. "On top of that, we have our parent group's strength to leverage and do better value addition."
IndiaVenture currently manages about Rs 370 crore.
Private equity investments in Indian healthcare have nearly quadrupled to $520.36 million so far this year from $137.41 million in the same period a year ago, according to Thomson Reuters data.
In comparison, private equity investments across all sectors in India have fallen 17.5 per cent to $3.26 billion from $3.95 billion during the same period last year, the data showed.
"We are about to start formal marketing of the fund," said Purwar, a former chairman of top lender State Bank of India. The bulk of the fund would be raised from India, while global investors would be tapped for about 20 per cent, he said.
Piramal Enterprises, controlled by billionaire Ajay Piramal, is one of India's leading healthcare firms. It sold its India formulations business to US-based Abbott Laboratories for $3.7 billion in 2010.
(Reuters)
Tags assigned to this article:
pe healthcare news 5 pharma private equity ajay piramal piramal enterprises piramal group abbott laboratories ak purwar indiaventure advisors private equity investments