Geneva [Switzerland], September 23 (ANI): A photo exhibition titled "Stop Uyghur Genocide! Stop Uyghur Forced Labour" has been organised at Broken Chair in front of UN during the 45th Human Rights Council Session in Geneva.
The World Uyghur Congress (WUC) organised the three-day-long photo protest to highlight the situation in Xinjiang province of China which is rapidly deteriorating.
Pictures of Uyghur victims were put up to make the international community aware of the crisis. 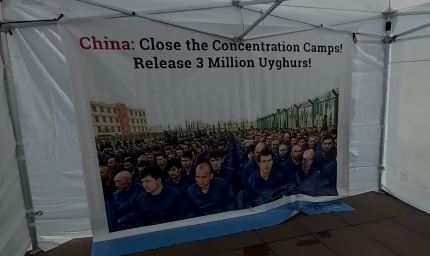 Dolkun Isa, president of the World Uyghur Congress said, "Today we are organizing a photo expedition against forced labour and to stop the Uyghur genocide. Here, 45th Session of Human Rights Council is going on so we are using this opportunity to raise awareness about the Uyghur genocide and draw international attention".
He added, "Today more than 3 million Uyghur Muslims are suffering in a 21st-century concentration camp by the Chinese government. The Chinese government is using Uyghur Muslims as forced labour so that's why we are calling the world to stop business with China. We are pleading with the Chinese government to stop the Uyghur genocide. It is a shame in the 21st century and silence is a crime. So we ask the whole world and entire human being to stand with Uyghurs. Support us".
Recently, the new revelations of the use of Uyghur forced labour and the forced sterilisation of Uyghur women by the Chinese government have added a new dimension to the crisis: this now constitutes ''Genocide'' under the Article 2 of the UN Convention on the Prevention and Punishment of the Crime of Genocide. 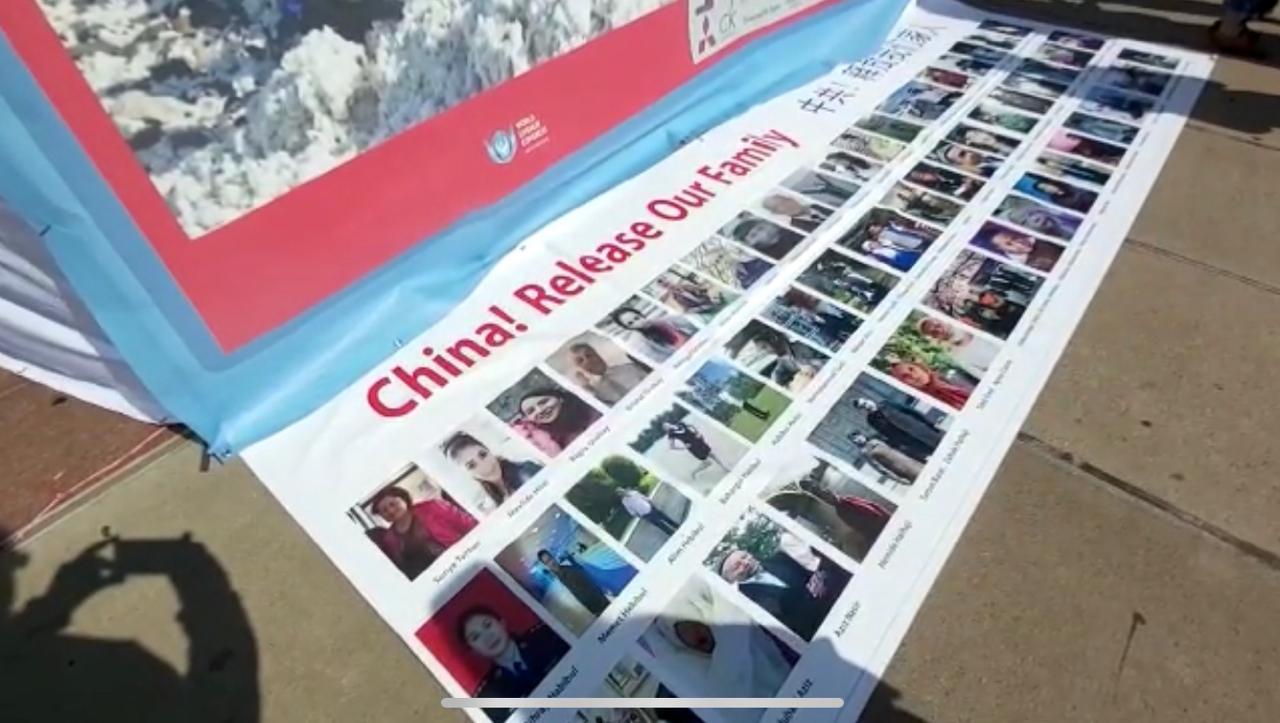 This adds on to the existing crimes against humanity occurring in East Turkistan (Xinjiang).
In the last three years, the Chinese government has forcibly detained between 1.8 to 3 million of Uyghurs and other Turkic people, destroyed mosques and graveyards, banned the use of Uyghur language as a teaching medium in some schools, denied the fundamental rights of Uyghurs in an attempt to erode the Uyghur culture, identity and society altogether.
This event aims to highlight the Chinese Communist Party's genocidal policies implemented in East Turkistan against the Uyghurs and other Turkic people, particularly the Uyghur forced labour issue and the forced sterilisation of Uyghur women.
"Moreover, the "'Wall of the Disappeared'' is an evocative way to visualise some individuals who have disappeared since 2017, into the vast system of internment camps, as well as forced labour camps. The photos of the missing individuals were provided by Uyghurs in the diaspora", said a statement by World Uyghur Congress. (ANI)