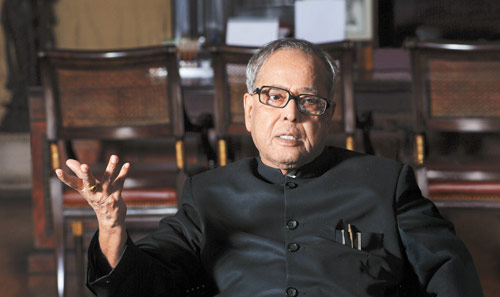 For those looking for direction and some bold policy measures, the Union Budget for 2012-13 (FY2013) was a disappointment. It was an accountant's — rather than a policymaker's — budget. There were some changes to the tax rates on individuals, no changes in corporate tax, increases in excise duty that would impact a few industries like automobiles and some cutbacks in customs duties, along with increases in customs duties on gold (a good measure) and luxury imports like cars (a sensible step). It made expected allocations along expected lines. However, it lacked a grand vision.

Finance minister Pranab Mukherjee's task was always going to be hard, given the state of the Indian economy, uncertain global conditions and very little political capital at his disposal to advance radical policies. Pre-budget expectations centred around four big factors: reviving industrial growth and manufacturing, enabling or directly investing in infrastructure, increasing investments in agricultural productivity and putting the government's finances in order. Like a good accountant, he put the last first.

"It's a reasonable budget given the circumstances," says Madan Sabnavis, chief economist at CARE Ratings. "The finance minister's estimates have been made on strong assumptions, but they are reasonable ones." This is just the beginning of the financial year, he adds. But Mukherjee also made similar reasonable assumptions last year, and we all know what the reality is. Could Mukherjee have done otherwise?

The Fiscal Accounting Challenge
The biggest expectation was on fiscal consolidation; most people hoped the finance minister would take credible measures to indicate he was setting the government finances in order. The greatest attention was on what the budget would do to reduce the explosive growth in subsidies, but beyond saying the subsidy bill would be kept under 2 per cent of GDP, Mukherjee offered little in concrete proposals.

"Excise duty increases are potentially inflationary," says Sonal Varma, senior India economist at Nomura Financial Advisory in Mumbai.  Others such as Indranil Pan, chief economist at Kotak Mahindra Bank, are less kind. "It's not happening," Pan says of fiscal consolidation. "There's no clear sign of expenditure compression, it does not improve business sentiment."

Mukherjee did not offer any insight into what he plans to do on containing subsidies, or bringing them down (Varma says that increases the risks of slippage, and undermines his credibility), though he did emphasise better targeting. He did, however, point to two things: one, pilot projects that seem to demonstrate the efficacy of direct transfers using the Aadhaar identification programme for distributing fertiliser subsidies in Mysore and Awadh, and two, that many aspects of food subsidies would be subsumed into the provisions of the Food Security Bill, which will be tabled in this Parliamentary session. But those increases have made industry a little unhappy.

The finance minister acknowledged that fiscal health wasn't helped by the shortfall in budgeted tax revenues — pegged at about Rs 32,000 crore — so his efforts would go towards improving the tax/GDP ratio to 10.6 per cent of GDP. To that end, his increases in excise duty and customs duty would help somewhat.

Manufacturing A Revival
For the manufacturing industry, the hikes in excise duties are a double whammy, dashing hopes of an economic revival. High interest costs and inadequate credit impose costs that depress their margins, and now, the excise duty increases will add to their already high cost base, and higher inflation for the consumer.

On top of that, look at the government's borrowing programme, budgeted at Rs 5.8 lakh crore. "Think about the impact of a borrowing programme of that size on the already tight liquidity conditions," says the treasurer of a leading bank. "On the one hand, demand for bank credit will be much higher (based on the finance minister's growth assumptions); on the other, industry will have to compete with the government in the same market. Guess who'll win."
break-page-break
If the excise duty hike hurts some industries, some targeted exemptions for critical industries like coal, power, infrastructure, etc. will benefit others that undertake some kind of expenditure. There is, for instance, a 150 per cent deduction on money spent by companies that provide agricultural extension services. It is a way — albeit flawed — of channelling some investment into agriculture-related activities.

Each year, exhortations abound for greater attention to agriculture; apart from a provision of Rs 20,000 crore, there's little else on investment in agriculture, compared to the extent needed, in Mukherjee's budget.

"The reality is that agriculture is a state subject," says Anil Jain, managing director, Jain Irrigation. "Agriculture also presents some imposing challenges, and the central government relies on state governments to achieve most of its objectives." That said, he points out, an allocation of Rs 20,000 crore for a population of 600 million is sorely inadequate.

Ravishankar Mantha, director at Agririsk, bluntly says the budget's priorities in agriculture are misplaced, focusing more on consumption subsidies than on investment. "Increasing credit by another Rs 1 lakh crore doesn't do very much," he says. "Almost all the money goes into inputs like fertiliser and seeds, and benefits companies in those businesses." He thinks that the emphasis should be on two fronts: first, there should be much greater investment in drip irrigation; given the small-farmer population, that works better than large irrigation projects. Second, he says warehousing should be appropriately sized for small farmers, whose output is small, so that they can avail of warehousing facilities, inaccessible to them at  large, silo-like sites.

Creative Accounting?
The service tax increase to 12 per cent, and its expansion to all industries other than those on a negative list (about 17), is, in Mukherjee's own words, a way of moving towards the prospective Goods and Services Tax (GST) regime. The tax revenue increase will amount to nearly Rs 19,000 crore, not a big amount compared to 59 per cent GDP, which is what services account for. Services growth has been in line with trends, so that extra revenue will be welcome.

With all the hullaballoo about the size of the deficit, the finance ministry has introduced a new measure, the effective revenue deficit — which could become the performance measure for the government to assess its financial management — through an amendment to the Fiscal Responsibility and Budget Management Act.

The Medium Term Fiscal Strategy Statement calculates the effective revenue deficit in a manner that becomes zero by 2014, shaving off between 1.6 to 2 per cent off the fiscal deficit each year. The cynical might call it a creative way of accounting, since grants cannot be made out of capital, but from tax revenues. A fitting inclusion in an accountant's budget, perhaps?