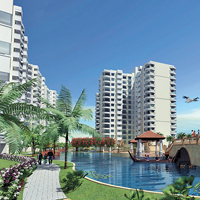 Many governments make it a practice to tax capital gains at a lower rate than other profits; they think that investors need to be encouraged. The discount on tax naturally awakens human ingenuity; people think of all sorts of reasons why their profits should be called capital gains. In the eyes of the taxman, the distinction rests, not in the nature of profits, but in the character of the profiteer. If he habitually sells the goods or services on which he has made a profit, it is called profit. If, however, his normal business is something quite different and he sells something once in a blue moon, his profit on it is called capital gain, and is taxed at a lower rate. Some tax authorities are even more generous, and turn a blind eye at some profits. For instance, if someone sells the house he lives in and buys another house, his profit on the sale of his house may be ignored as long as he pays more for the new house than he gets for the old one. Thus, many tax authorities levy three different rates — a maximum rate, a discounted rate, and zero.

Then they also have to decide whether someone needs to pay tax at all. They would love to tax everyone. But if a citizen of one country gets income from another country, it would be unfair if it was taxed in both countries. So the tax authorities of the two countries have to define virtual borders beyond which their right to tax a particular profit lapses.

They define one border as follows: if someone makes a business of buying and selling shares, his gains are considered profits and taxed like any other business profits; if someone invests in shares and buys or sells them occasionally, his profits are considered capital gains and taxed at a lower rate. A problem arises if an investor sits on his computer all day and keeps buying and selling shares on the Internet; he is hardly distinguishable from a trader. But taxmen are adept at making distinctions. According to them, if this virtual trader has held the shares he sells for more than a year, he is termed an investor; if he has held them for less, he is a trader. So the same person can be a bit of both.

As if this was not complicated enough, the government thought of a third type of person in 1993. It allowed foreign institutional investors to invest in the Indian capital market. They were really traders; but to attract them, the government gave them the status of investors and taxed them at a lower rate. Some of them claimed that they were really foreigners taxable in their home countries and should not be taxed at all. That was a concession the tax authorities were unwilling to give. Some local traders were already working out ways of turning themselves into FIIs and paying lower taxes; the trickle of tax dodgers would turn into a flood of FIIs, and were exempted from tax altogether.

While the tax authorities were trying their best to deal to close this escape hatch, another was opened. Many FIIs were buying and selling shares on behalf of clients. They worked out that if a client wanted to sell some Indian shares and another client wanted to buy them, the FIIs did not have to do the trade on an Indian stock exchange. They could just do it in their books; that way they avoided Indian capital gains tax altogether. The tax authorities got Securities and Exchange Bureau of India to ban such off-market deals. But a ban does not stop such transactions; it just makes them invisible to the government.

Frustrated with such taxpayers' tricks, the direct tax code originally proposed to abolish lower tax on capital gains altogether, and to tax them like any other profits. But that raised a howl of protests from local investors. So now the code proposes to exempt capital gains only if they are reinvested in a house; and if the investor has a house already, if they are deposited in a post office — that is, lent to the government.

The first will stoke the inflation in property, and the second will be wasted by the government. It would be best to add a certain proportion of local investors' capital gains — say, 50 per cent — to their income and tax them with the rest of it. If that is done, personal investors will be taxed at x per cent of their maximum tax; companies will be taxed at x per cent of corporation tax. The same will apply to FIIs as well: their profits should be taxed at the same ratio to corporation tax the one used for individual investors. As long as there are differential tax rates, it is impossible to avoid incentives to income diversion; but applying the same percentage will minimise the temptation to Indian nationals to pose as foreign institutional investors. And it will simplify the life of all investors, Indian and foreign.