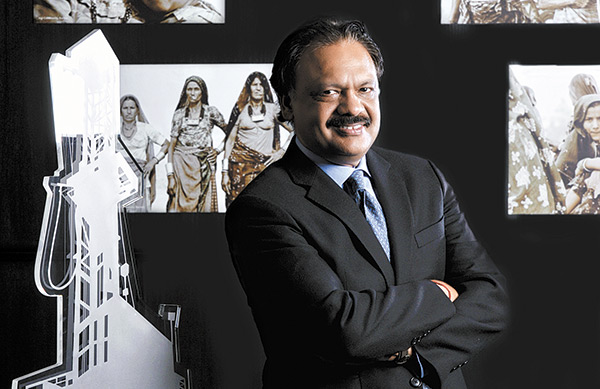 08 November, 2014
Print this article Font size -16+
Cairn india is not only India’s fastest growing company in BW | Businessworld’s Middleweight category (revenues in the range of Rs 5,000 crore to Rs 9,999 crore) for FY2014 but also the fastest growing oil and gas explorer globally over the past two years. The company has achieved this feat on the back of a mega oil discovery at its Rajasthan oilfield, located near Barmer.

The Cairn India management’s belief in its abilities led it to persist with a field in which global major Shell had failed to find oil in the 1990s. “We drilled 13 dry wells when we took over the Barmer oilfield from Shell. We succeeded in the 14th and named it Mangala, the auspicious. We always believed that we could make it happen. And, in 2004, we made the largest oil discovery in India in over two decades after Bombay High,” says Sudhir Mathur, CEO, Cairn India.

To succeed in one of India’s toughest fields, the company deployed advanced technology from North America.

In the past two years, the company has brought four fields into production and there has been a 300 per cent increase in its crude output over four years. The result: a Rs 38,500 crore reduction in India’s crude oil imports in FY2013.

Cairn India is among the top 20 global independent exploration and production companies, with a market capitalisation of $10 billion. At the moment, the company accounts for 25 per cent of India’s total crude oil production. It has made 40 discoveries so far with 1.3 billion barrels of oil equivalent (BoE) of gross proved and probable reserves and resources.

At a time when other oil companies in India are struggling to meet production targets from oil and gas blocks, Cairn India has achieved 100 per cent reserve replacement ratio — which effectively increases the life of oilfields. “Reservoir management is key to sustained production in the oil and gas business. We have tied up with the University of Texas to develop technology to increase the life of our oilfields,” informs Mathur.

An example of Cairn’s use of technology to increase output from its oilfields is its Ravva block, located in Andhra Pradesh.  The block currently produces 29,151 BoE per day. So far, the company has extracted around 250 million barrels of oil from the field as against its total reserve estimates of 100 million barrels of oil.

Cairn India’s portfolio has nine blocks — one in Rajasthan, two on the west coast, four on the east coast and one each in Sri Lanka and South Africa. The company has three producing assets: Rajasthan and Cambay in the west and Ravva in the east. In Rajasthan, the company has five producing fields — Mangla, Saraswati, Bhagyam, Raageshwari and Aishwariya. The block currently produces around 200,000 BoE per day.  The company has invested over $4.5 billion as capital expenditure. “In three years, we aim to produce 300,000 BoE per day from our Rajasthan field. The output will double three years from now, taking our share of the country’s total production to 40 per cent,” says Mathur.

Cairn India has drilled over 100 exploration and appraisal wells in its Rajasthan oilfield, and the number of wells will be increased to 450 over the next three years, says Mathur. “Drilling wells is a costly business. So, as an explorer our success depends on finding oil or gas with the least number of wells. Our technology has kept us ahead of our peers in striking oil from wells,” adds Mathur.