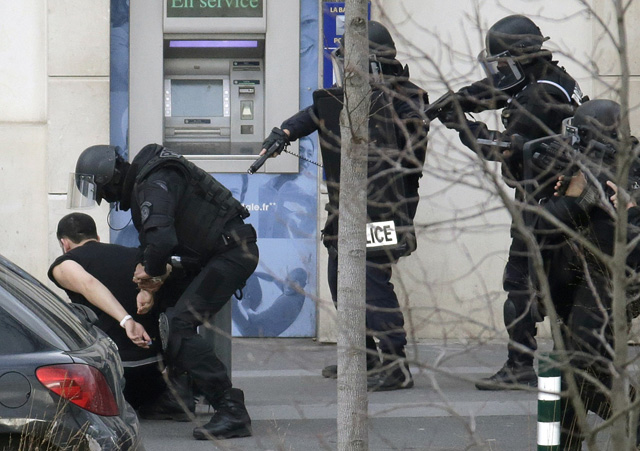 22 January, 2015
Print this article Font size -16+
An armed man who earlier took several hostages at a post office northwest of Paris on Friday has surrendered with no one hurt, a French police official told Reuters.

The man equipped with a military weapon took an unconfirmed number of hostages at the post office in the town of Colombes, just outside the capital.

"I cannot confirm or deny whether it is linked to terrorism," an official at the city prosecutor's office told Reuters earlier, declining to give further details.

BFM TV, citing an unidentified source, said the hostage drama was not related to last week's attacks in Paris.

French police arrested 12 people earlier on Friday suspected of helping militant Islamist gunmen in last week's killings in Paris. There have been numerous false alerts across the city since the attacks.