Karachi [Pakistan], February 5 (ANI): A human rights group has condemned the brutal attack and false accusation of blasphemy on Tabitha Nazir Gill, a Christian, gospel singer, and nurse at Sobhraj Maternity Hospital in Karachi.
Human Rights Focus Pakistan (HRFP) said in a release, "The issue aroused Tabitha's advice to her co-workers for stopping to demand gifts and bribes from patients for special cares".
On January 28, Tabitha's co-workers were to get money from a person who had a newly born baby, and being a senior she asked them to stop such cash tips. In reaction, the nurses beat her vigorously and forced her to write a statement of guilty and apology", it said. 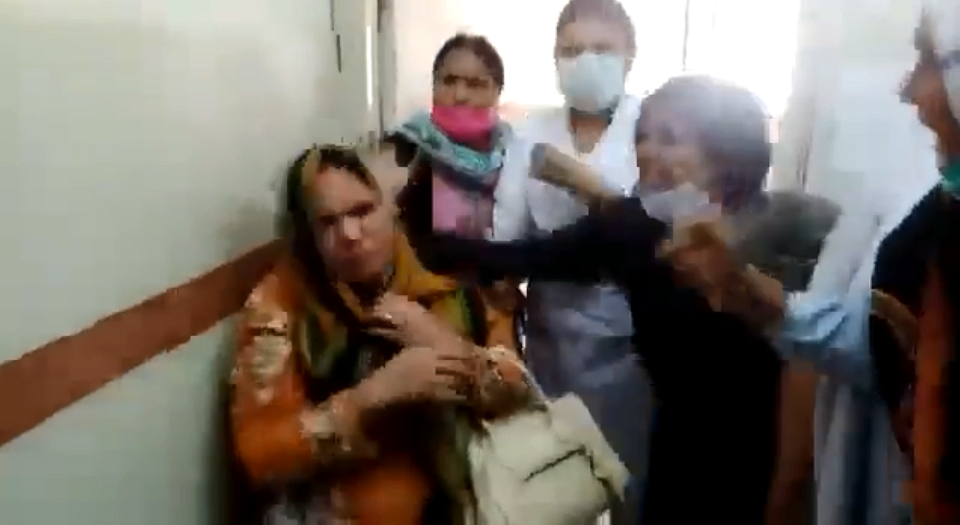 They charged her a false allegation of blasphemy and the attendants and male staff also rushed there and tied her with ropes.
Police enquired and found that it was a personal dispute.
The release said, "Due to mob's pressure police registered FIR (# 74/21) under Section 295-C of the Pakistan Penal Code mandates the death penalty for committing blasphemy against Prophet Muhammad".
Naveed Walter, president of Human Rights Focus Pakistan said that Tabitha's case has proved again the blasphemy issues are due to personal grudges & conflicts which could have occurred in workplaces in specific.
He said, "Unfortunately once a person is victimized for blasphemy it affects the whole life of an individual and family and they become unable to live the same as they have been living before. The same happened with Tabitha and now she and her family are at high risk and under serious threats".
Naveed Walter demands to bring the assailants to justice who subjected her to violence as their faces look clear through footage from hospital emerged on social media but still, there are no actions.
He said the allegations have led to extrajudicial killings and mob violence and the authorities' silence meant the encouragements of further such incidents. (ANI)