Own Markets, Not Factories 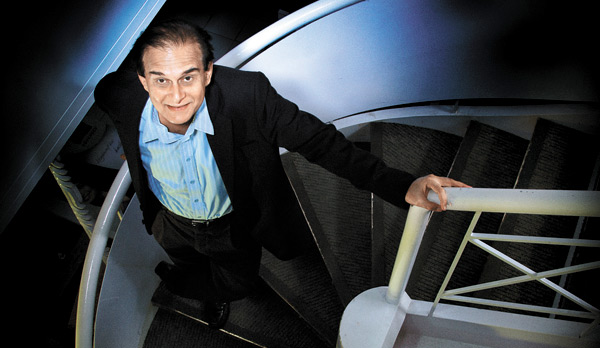 08 November, 2014
Print this article Font size -16+
They say FMCG is among the last sectors to be hit by a slowdown. The lag effect is consumers tighten purse strings on products of daily use the last. In fact, in most cases, FMCG is, at the most, hit only by the tail of the slowdown before the GDP rebounds. Marico’s CMD Harsh C. Mariwala will vouch for that. A 110 per cent topline growth since 2008-09 has only been tempered by a slower 4-5 per cent quarter-on-quarter growth in key product categories in the past two quarters (as against the normal 8-12 per cent). Just when it could have begun to hurt, by most estimates, the economy could turnaround. Mariwala on his strategy:

How should a leader handle a slowdown?
The kind of impact a slowdown may have on other sectors is not that relevant to the FMCG industry. But the leadership has to create the right mindset. It’s the growth mindset. In our case, we have to be the market leader in whatever we do. We ensure that people are not risk-averse. That it’s okay to fail and we don’t punish them.

What were you most worried about?
At that time, I was the president of Ficci. I had lots of opportunities to interact with the government and bureaucrats. One could see that things were deteriorating. We used to point this out to the government. But all indicators were in the range of 8 per cent GDP growth. So, there was a degree of denial. When there is lack of trust between government and industry, the government feels that industry wants some extra benefits. That was very painful.

How did Marico ready for the slowdown?
There’s Bharat and there’s the rest of India. Bharat is price-sensitive. There’s a higher need for aspirational products, but at lower price points. We did whatever was required to tap the opportunity in rural areas in terms of lowering price points. The other was improving distribution in rural areas. Then, there were launches of certain products which had very low penetration, but, in spite of a slowdown, had very high growth rates. We entered three areas in the last 1-2 years: breakfast cereals (oats), body lotion and youth brands.

In oats, the penetration was very low. We realised that Indians like a savoury breakfast. So we came with a proposition of savoury masala oats. The body lotion penetration is also very low. We believed if we advertise, we could get substantial marketshare because the market was growing at 30-35 per cent. The acquisition of what we internally call youth brands — Set Wet, Livon and Zatak — were sold by Paras Pharmaceuticals to Reckitt and bought by us from them. Besides, we made a few acquisitions in the international market. We started sowing seeds in high-growth, low- penetration categories, so that it helps improve the growth rate.

Did you push for higher growth at the cost of profitability or vice versa?
We clearly believe that when it comes to profitability or growth, in the short term, we should always go for growth. In the long run, we believe, we will be able to make up on profitability. For example, if raw material prices have gone up and if we see an opportunity to delay the price increase in order to get a big spike in sales, we might delay it. But growth should be sustainable. And then, over a period of time, also profitable. We believe FMCG companies should own markets, not factories.

What kind of mistakes do people make in a slowdown?
Many people may not accept reality. It depends on the mindset, too. In a cyclical sector, it should not create fear. It’s only a matter of time, it will go up again. Depending on the situation, one can take a call on contrarian thinking, even in a downturn, while managing the overall mood in the organisation. If there is fear, people will leave; thinking in the organisation will freeze. People will not want to take  risks. Risk-taking has to be encouraged.

In Marico’s experience, do FMCG consumers downtrade during a slowdown?
People may downtrade in high-cost food items or in high-cost cosmetics. To some extent (people buy smaller packs) in edible oils. We have one, two and five-litre packs; we tried pushing the two-litre pack.

How has the slowdown impacted your international business?
International business is a mixed bag. Our major presence is in Vietnam, Bangladesh, West Asia and North Africa. In Egypt, we were impacted because things happened all of a sudden. Macro trends in international markets are similar to those of India’s, but they are negative in Bangladesh because the elections are coming. North Africa, surprisingly, is not so bad but one still doesn’t know. Vietnam is okay.

How much of your acquisition strategy was to hedge against growing competition to flagship brands Parachute and Saffola?
Acquisition was not done to nullify impact on these brands. In a growth-mindset company, you want to grow through organic and inorganic means. We want to do both. It’s more of a growth-oriented option than a risk-mitigating one.

How will you tackle the threat to Saffola and Parachute?
I really don’t see much of a threat. They are very strong brands. Whenever somebody has tried to enter these categories, we have fought back very aggressively. Because the consumption outlay at the consumer level is small, threats from low-priced competition are much less. In absolute terms, the difference may be two or three rupees. For that kind of a difference, the consumer would not want to shift brands.

The input cost is almost 60 per cent in FMCG. How’s the commodity price trend looking?
At lot of it is dependent on global pricing, which, in turn, is dependent on the monsoon. In coconut oil, prices have gone up. In other edible oils, they have remained flat. But it’s very difficult to predict.

You have consciously avoided getting into repellants, air fresheners and deodorants (until the acquisitions from Paras)...
I am a big believer in focus. There is enough on the plate... We are looking at new categories but no company can talk about it in advance.

How worrying has the lower growth in the last two quarters been?
I would call it a challenge. Growth is comprised of volume growth and value growth. And we, for one, believe in volume growth. Sometimes, for that, we have taken price cuts. So you may have volume growth, but a little lower value growth because of price cuts. But that’s okay. It’s by design.  Once there is inflation, the prices will go up. On a higher base, you get value.

Oats has been a big surprise in FMCG — an over Rs 200 crore market in three years — What is the next ‘oats’ in FMCG?
We have identified three categories: breakfast cereals (oats), body lotion and youth brands. We believe these will grow at a higher percentage because they are under-penetrated. You have to look at categories which are under-penetrated — and which, because of a western lifestyle and the youth — will grow.

Why don’t FMCG companies use e-tailing as a channel for growth?
I see a combination of modern retailers offering some e-tailing options. In FMCG, at the most, people may compare prices. The predictions are that it will grow substantially. So we can’t say that we should ignore those channels.

Chemists have emerged as a major channel for FMCG. How are you preparing for that?
Lots of chemists are starting to store personal products. It’s a very important channel. One of the reasons we bought Paras’s brands is because they have a very strong presence in that channel through Livon. Many a time, you acquire a company not just for the brand but also for distribution. We have brands like Mediker which can be sold only at chemists. We had a presence, but with Paras, we have a stronger presence — and we have a critical mass which will be an advantage in stocking, branding, merchandising, storing and negotiating.