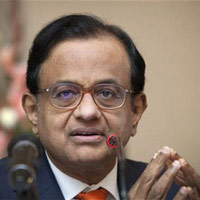 08 November, 2014
Print this article Font size -16+
Income Tax arrears outstanding at the end of December, 2012 totalled over Rs 4.18 lakh crore, Finance Minister P Chidambaram said on 12 March' 2013.
"The total income tax arrears outstanding as on December 31, 2012 are Rs 4,18,696 crore," Chidambaram said in a written reply in the Rajya Sabha.
This includes tax arrears of Rs 1,16,773.77 crore by major defaulter Hassan Ali Khan, Chandrika Tapuriah (Rs 47,040.99) crore and (Late) Harshad S Mehta (Rs 17,050.56 crore, he said.
The government has constituted a Special Cell to exclusively deal with recovery of arrears classified as "Assessee not traceable" and "Assessee with no assets/ inadequate assets for recovery".
"As a result of recovery measures undertaken by the Income Tax Department, total amount of Rs 16,686 crore has been collected during April 1, 2012 to December 31, 2012, which includes Rs 4.65 crores due to the efforts of the Special Cell," Chidambaram said.
The Finance Minister further said that the raising of demand and collection of outstanding taxes is a continuous process and all out efforts are made by the Income Tax Department to collect the outstanding taxes.
"As tax arrear is not a static concept, it is not possible to recover in full at any given point of time," he added.
Meanwhile, Minister of State for Finance S S Palanimanickam in reply to another question said arrears of indirect taxes was Rs 68,741.02 crore in 2011-12 and Rs 56,889.62 crore and Rs 44,212.23 crore, in the two previous fiscals, respectively.
Targets for recovery of arrears relating to indirect taxes for the fiscal 2013-14 has been fixed at Rs 4,000 crore.