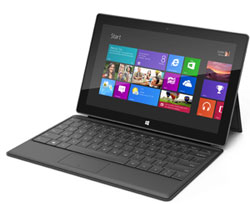 08 November, 2014
Print this article Font size -16+
Stepped up efforts by Indian Finance Ministry to check revenue leakage have resulted in a detection of evasion of over Rs 2,158 crore in direct and indirect taxes in the last quarter of 2012-13.

The detection came through a unique initiative of online monitoring system of suspicious transactions, named 'Virtual Office', which was set up by the ministry earlier this year for real-time coordination among revenue intelligence agencies and dissemination of various inputs pertaining to movement of illegal funds.

The Central Board of Direct Taxes (CBDT) has detected unaccounted income and assets of Rs 1,408 crore using this platform.

These agencies, which are part of the Virtual Office programme, detected the evasion after following up the leads in form of Suspicious Transaction Reports (STRs) passed on to them by Financial Intelligence Unit (FIU)--an agency tasked with analysing and disseminating information relating to dubious financial exchanges.

Both DGCEI and DGRI have also effected a recovery of Rs 46.71 crore, on the basis of the STRs generated by the FIU, through Virtual Office. The CBDT has seized assets worth Rs 21 crore, the document said.

An STR is a transaction of Rs 10 lakh and above believed to be proceeds of crimes including drug trafficking and black money.

The Virtual Office was set up in January to monitor the feedback on the STRs disseminated by FIU-Ind, which is also providing administrative support to it.