Over 130 flights delayed at Delhi Airport due to dense fog

Over 130 flights delayed at Delhi Airport due to dense fog 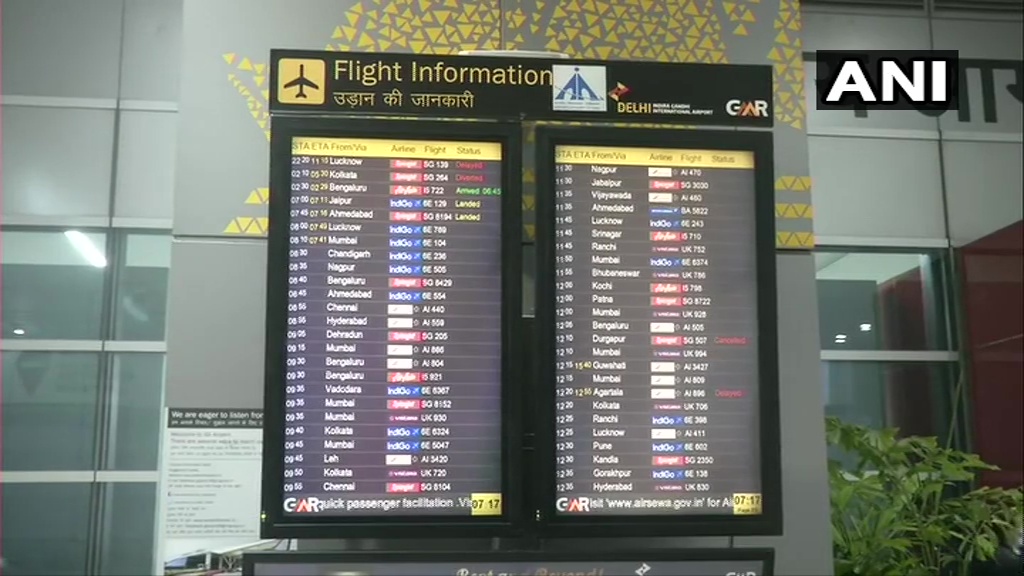 Delhi and its adjoining areas woke up to a thick blanket of fog this morning that hit the road, rail, and air traffic due to very poor visibility.
Earlier today, the Delhi airport authority said that Low Visibility Procedures will continue to remain implemented at the airport, and requested passengers to contact the airline concerned for updated flight information.
It further said that only CAT IIIA and CATIII B compliant aircraft and pilots can operate till the visibility is low. (ANI)