Out Of The ICU, For Now 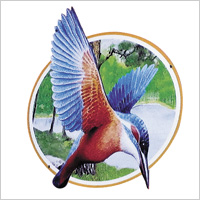 After almost two years of being in intensive care, Kingfisher Airlines is finally getting a breather. Industry sources say that as part of a debt recast, banks will be providing an additional credit line of Rs 900 crore to Kingfisher. Also, there will be a two-year moratorium on the long-term loans, which means no interest cost for the next two years. However, this would also imply that the debt would go up from Rs 7,400 crore to Rs 9,500 crore. Interest costs comprise 20 per cent of the operating costs of the airline.

Analysts say that the additional credit line, if cleared, will allow the airline to invest more back into the business. In addition, the airline is looking to raise $100-150 million through an ADR/GDR and another Rs 500 crore through a domestic rights issue. Analysts think the new CEO Sanjay Aggarwal — former CEO of SpiceJet — has his task cut out in terms of reducing the airline's costs (distribution in particular), and building a cohesive team with a clear top, middle and bottom rung.

Kingfisher has also managed to improve its own operating parameters. In domestic operations, revenue per ASKM (available seat kilometre) is up by 19 per cent in the last quarter and load factor has gone up from 71 to 79  per cent. International operations have also seen better carriage and higher revenues per ASKM.

"It may be too early to call this a turn around but I would say the worst is behind them," says Kapil Kaul, CEO, Indian Subcontinent and Middle East, Centre for Asia Pacific Aviation. According to him, the debt recast is critical for the airlines at this stage. He says the investor confidence has returned to some extent and raising funds would be easier.

Although the changed market conditions have definitely helped matters, internally too the airline has taken problems head on. Despite an 11 per cent reduction in the number of departures, Kingfisher posted a 24 per cent improvement in operating revenues. The overall Ebitda margin for the quarter improved to 4 per cent from the -24 per cent reported in the same quarter last year. These results have been delivered, despite an estimated loss of over Rs 73 crore due to unplanned grounding of aircraft. Adjusted for this loss, the Ebitda margin would be 8 per cent for the quarter.

Capacity in the winter schedule will also be higher. Nine aircraft were grounded, of which three have already re-entered service while another three are expected to re-enter service in a span of two weeks once their engines are returned after overhaul. "An agreement has been reached with the engine manufacturer after one month of intense negotiations led by Mallya personally," says a company spokesperson. He refused to divulge the airline's total dues, though, saying the company does not comment on supplier and partner relationships.