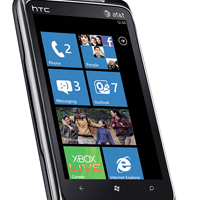 08 November, 2014
Print this article Font size -16+
In 2006, a smartphone would have meant either a Nokia running on Symbian or a PDA running Microsoft's Windows Mobile operating system (OS). A year later, the rules of the game were rewritten with the launch of Apple's iPhone. Recently, Microsoft announced its latest attempt to take on the ‘Godphone' with its brand new OS, Windows Phone 7.

Unlike Symbian and BlackBerry OS, which have tried to evolve to be relevant in the iPhone world, Microsoft decided to start from scratch. With a clean slate to work upon, Microsoft's designers led by Joe Belfiore have delivered a brand new approach to using phones. Yes, it took Microsoft two years to come up with the new OS, which literally wiped away whatever little market share it had, but the result is encouraging.

Rather than having a grid of tiny icons that denote applications or menu items, Windows Phone 7's user interface is made up of tiles and hubs. On the start screen, a user can add tiles that can be notifications for missed calls, SMSes and e-mails, or they can even be people from the phonebook with their latest social network updates. Hubs, on the other hand, relate to music and videos, games, applications, pictures, Office and settings. These hubs provide one-click access to content/data without moving from the home screen. One needs to click the relevant tile or hub and keep swiping from right to left for options.

Unlike its botched attempt with KIN phones earlier this year, when Microsoft dabbled in both hardware and software, Windows Phone 7 smartphones will initially be available from four handset vendors — Dell, HTC, LG and Samsung. Microsoft has standardised the hardware and tested the software on them to ensure users get the same experience irrespective of the phone's brand. All phones will have only three hardware buttons — start, back and search. Most importantly, a vendor cannot add a user interface layer on top of the default one.

With a complete Microsoft Office suite, Bing ‘decision' engine and Bing Maps for navigation, Windows Phone 7 is poised to challenge Android, which at this point of time looks chaotic with different manufacturers using different versions of the operating system.

Windows Phone 7's biggest flaw at the moment is its inability to multi-task. Microsoft says it will provide an update next year that will enable this feature. Also, none of the nine phones announced so far have a memory card slot or front facing camera for making video calls. The Windows Phone 7 also offers just 1,000 applications, while both Apple and Google offer hundreds of thousands of them.

Windows Phone 7 will be a make-or-break deal for Microsoft. It has no choice but to play a catch-up game with Apple. And catch-up can be a hard game to play.

The author is co-founder and editor of cellpassion.com, a blog about cellphones