One More Strike: This Time For IDBI Bank! 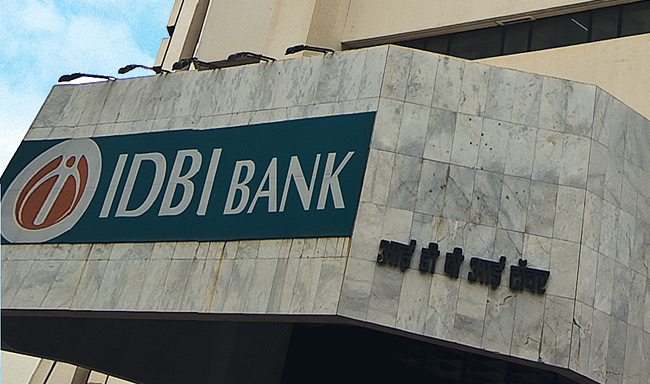 Raghu Mohan says IDBI Bank should have opted to play it safe, but chased growth

Yet another bank strike is on the cards – this time over the proposed privatisation of IDBI Bank. At the heart of the issue is that IDBI Bank was made “all things to all comers” over the course of its life and the attendant mess is now sought to be cleared up through privatisation.

But let it also be said here is that it should come as no surprise -- whatever the unions may say now -- that IDBI Bank has landed where it has. For no less than K C Chakrabarty as deputy governor of the Reserve Bank of India (RBI) had warned the bank that it should get its act together. And the occasion: a seminar on `IDBI’s role as Development Financial Institution’ organised by the United Forum of IDBI Officers & Employees (Kolkata, 27 September 2013)!

he Trigger For The Heartburn
Says S Nagarajan, general secretary of the All India Bank Officers’ Association (AIBOA): “If we state that IDBI Bank has been utilised to experiment all sorts of expressions at different points of time by the owners at the centre, it is not on excessive expressions. The result is burgeoning bad loans in the books of the bank at this point of time”.

In its Annual Report for 2014-15, IDBI Bank claims “focused and account-specific resolution strategies were implemented and progress was monitored regularly in all NPA cases. Thrust was also given to upgradation of NPAs to performing assets”.

What the unions now say is that there are three entities in the belly of IDBI Bank – IDBI (a subsidiary of RBI), IDBI Bank (a new private bank); and United Western Bank (an old private bank). That all these avatars were the result of the initiatives of the authorities and there is now talk of privatising it as it is the fashion of the day. Or simply put, IDBI never got a chance to chart its own course.

“In the event of non-responsiveness of the Government, AIBOA shall roll out a plan of actions to halt the moves along with the operating trade unions in IDBI Bank”, says Nagarajan.

The Writing Was On The Wall
Now flashback to what Chakrabarty had said in Kolkata on 27th September 2013). He quoted former RBI governor Bimal Jalan: “The move towards universal banking would not provide a panacea for the endemic weaknesses of a DFI or its liquidity and solvency problems and, or operational difficulties arising from under-capitalisation, NPAs, and asset liabilities mismatches etc. The overriding consideration should be the objectives and strategic interests of the financial institution concerned in the context of meeting the varied needs of customers, subject to normal prudential norms applicable to banks”.

The above flies in the face of what the unions now contend; and the point is whatever be the merits or otherwise of what the bank was put through in the past, it is the present that matters.

On his part. Chakrabarty had this to say on the responsibility of unions. “You must appreciate the new operating environment that exists today and must realise that in this highly competitive market, no longer would the corporate chase you. For most of your members who have cut their teeth in an era when IDBI was a DFI with limited competition and a small universe of customers to deal with, the transition to commercial banking might be difficult, but remember, if you wish to survive as an institution in this new avatar, you must be willing to change. What is, in fact, needed is a change in mindset and you, as responsible union, have to oversee a smooth transition among the employees”.