On The Right Path? 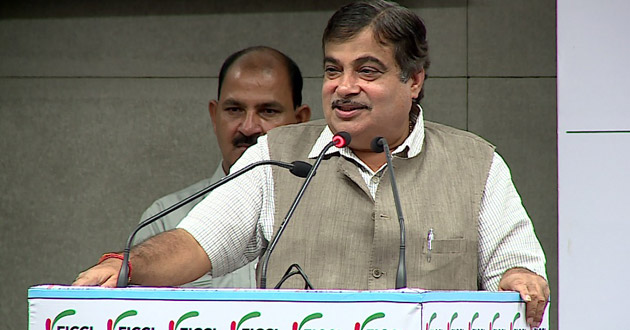 08 November, 2014
Print this article Font size -16+
When the NDA government set an ambitious target of building 30 KM of roads per day, its feasibility was questioned by the industry experts. However, the achievement of the newly set target depends on the approach of the government in figuring out the bottlenecks of the previous government’s policies. The ministry of roads and highways under Nitin Gadkari’s seems to be moving on the right path as the government now plans to invite bids only for projects which have all the environment and forest clearances. The project monitoring group (PMG) under the Prime Minister’s office is working with all the parent ministries to get environment and forest clearances for the projects within one month’s time of seeking approval. It may take some time before the projects start getting clearances within a month’s time, but the initial records of facilitating clearances of 155 projects, which entail an investment of around Rs 5.5 lakh crore, are encouraging. Of these one-third are road and port building projects.

Under the UPA government, most of the infrastructure projects including Ultra Mega Power Projects, Highways, Airports, SEZs and captive coal mines faced delays on account of delay in various clearances related to environment and forest departments. Industry figures say, less than 10% projects awarded by the UPA regime had forest and environment clearances. The UPA government’s most ambitious

The private sector was sandwiched between the warring ministries for lack of coordination. While the big players survived by the virtue of the size of their balance sheets, the smaller players were ruined as the lenders stopped giving them loans for other projects.

A study by the NDA government has indicated that 189 out of 332 NHAI projects across 20 States, involving Rs 27,210 crore, are stuck in various disputes.

In the roads sector in 2013-14, the UPA government could award, only 2,000 KM of projects as against a target of 9,000 KM. The UPA government had started with an ambitious target of 20 KM of roads per day, however due to lack of funds, the Planning Commission opposed the ministry of roads and highways under Kamal Nath.

To furnish more funds for the highways projects, the NDA government is considering to buy equity in the projects up to 26%, which would be funded from a national corpus which would raise funds from abroad at near zero percent interes. A similar model can be applied for power and oil & gas pipeline projects.

Also, the government needs to put a check on the number of under construction projects a company can have in the roads sector. A similar decision was taken in case of UMPP projects in the power sector as R-Infra had bagged 3 out of four awarded projects that required Rs 20,000 crore of investement per projects. Such a large amount of investment requires huge debt raising capacity, which leverages the balance sheet of a company beyond manageable limits.

Arvind Mayaram, Finance Secretary, rightly pointed out at a seminar in Ficci on PPP that there was an over exposure of companies in the road project construction, and 12 to 14 companies repeatedly bid for projects, stretching their resources thinly in the process.

Whether the government is able to achieve its set target will be known after sometime, the roadmap laid by the government is definitely promising.
Tags assigned to this article:
economy web exclusives roads road projects othertop2 arvind mayaram nitin gadkari neeraj thakur