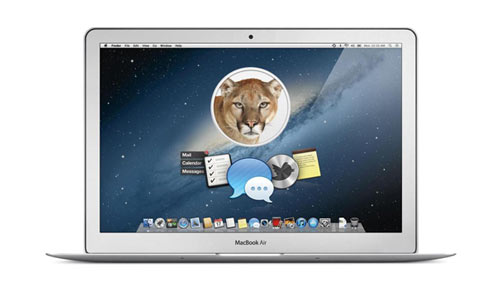 You may not like felines, but if you use a Mac, you'd be very familiar with a number of big cats that have shared their names with Mac OS releases over the years. After Tiger, Leopard, Snow Leopard and Lion in the past few years, I got my paws on the brand new cat in town — Mountain Lion. Is this worth the very reasonable upgrade price, or does it still need work before you make the move? Here's my take.

The Good…
If you're upgrading from Lion, there's a good chance you'll be initially underwhelmed by Mountain Lion, since there is very little difference to visually tell them apart — which also means an almost flat learning curve for upgraders. But it's fast! Once you get past the roughly 4GB download — remember that like Lion, Mountain Lion is available only as a download on the Mac App Store —  the entire OS feels faster to use — faster to boot, faster to load apps. With the Gatekeeper feature, Apple's showing that it is taking security more seriously by not allowing the installation of apps outside the Mac App Store (by default). Fortunately, it isn't as locked down as the iOS App Store on the iPhones and iPads — if your favorite app doesn't exist on the App Store, you needn't worry — there's a single switch to allow you to install apps from just about any source, but that also means you as a user assume you know what you're doing and are willingly taking the risk to install 3rd party software that isn't vetted by the App Store process.

…The Better
For a company that's leading the charge with its mobile devices, the iOS-ificiation of the Mac was a long time coming, and with Mountain Lion, the two hitherto disparate platforms are now literally joined at the hip. Like the Reminders to-do app on the iPhone? Sync it with your iCloud account and with the new Reminders app on the Mac, you could dictate a whole to-do list while driving and have it ready on your Mac when you arrive. Yes, I said dictate the list — while there's no Siri, you do get a pretty decent dictation engine that lets you speak-write your notes, reminders etc.

The Notes app is similar, letting you synch your notes on your iOS device and vice-versa. Plus you get the new Notifications functionality that, much like the phone notifications, provides instant updates on Calendar events, FaceTime, Mail, Messages, Safari, among others. And this is clearly Apple first social desktop OS — twitter integration is built in, and the in-app sharing to twitter just works beautifully. I just wish more apps could leverage the integration though.

A feature that benefits only those who're buying the latest hardware — such as the MacBook Pro with Retina display or the new Airs - to run Mountain Lion is its ability to continue working even when the computer goes into sleep mode, downloading software updates, messages, mail etc, so the system's up to date the moment you wake it up.

…And The Could-do-better!
Now while iCloud, Apple's cloud-based synchronisation and storage system, had been seen in Lion, Mountain Lion is the first version of OS X that is built around it. If you've used iCloud earlier on Lion, Mountain Lion can set up a new Mac — with your mail settings, bookmarks, iTunes backups (the works!) — with just your Apple ID and password. While iCloud is a great idea in theory, and it enables a lot of the behind the scenes synching between your iOS devices and the Mac, it's a little too behind-the-scenes for me, with no way to see all my cloud-based documents all at once. And while Twitter functionality is baked into the new OS, the Notification Center doesn't alert you if someone replies to you on Twitter — a little inconsistent. The Messages app needs work as well. That said, Mountain Lion is a very competent consumer OS, and I can't wait for upcoming updates that will add Facebook integration and further refine the few rough edges.

It's interesting to see the differences in approach between Microsoft and Apple in the latest versions of their desktop operating systems. On the one hand, Microsoft's merged the desktop and tablet/phone OS in such a manner that it might have old-time desktop users balking at the changes, while Apple's taken the most familiar bits from iOS and matched them into Mountain Lion, without serious usability disruptions.