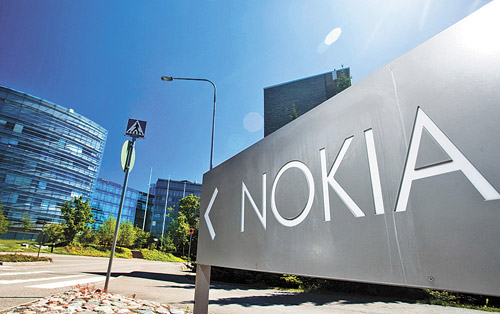 08 November, 2014
Print this article Font size -16+
Cash-strapped Nokia is considering selling its home. Reports say the Finnish phone maker plans to sell its headquarters in Espoo, Finland, for $259-388 million — if the glass-and-steel building can fetch more, the better. Nokia’s spokeswoman Maija Taimi said the company was evaluating different options for selling off non-core parts, such as real estate holdings, including the headquarters. The Espoo building has been Nokia’s head office for the past 16 years. About 1,800 employees work at the 540,000 sq. ft property. Already, Nokia has been making efforts to improve finances through job cuts and similar measures. It also has large facilities in the US, UK and Asia.

The gadget giant has been in the news for its poor financial performance in the past few quarters and falling market share. In the second quarter ended June, Nokia’s net cash position stood at €4.2 billion, down from €4.9 billion in the first quarter. The company has not reported a quarterly profit since 2010.
Gate’s Blocking It
Microsoft has proposed a fee of $10,000 for a new category of H-1B visas and $15,000 for Green Card. It says this will fetch $5 billion over a decade, which can fund education programmes in science, technology, engineering and maths. The two categories would have an annual capacity of 20,000 and would be restricted to STEM streams. The proposal comes at a time when India is opposing the new US visa fee hikes. The US says it might review the rules after the presidential polls in November.
Rules Revamp
There are reports that the much-discussed guidelines on the General Anti-Avoidance Rules (GAAR) will undergo an amendment in 20 days. The government is looking into the suggestions of the Parthasarathi Shome panel, which has proposed deferring GAAR for three years to April 2016.
Relaxation Request
The Sahara Group has said it needs six months to comply with the Supreme Court’s August 2012 order to repay $3 billion to investors. The court had asked Sahara to refund the money by November-end in a case relating to the issuance of debentures by two units of Sahara during 2008-11.
Strong Service
There is good news on the service front. India’s services activity gained pace last month, shows the HSBC Service Sector Business Activity Index. The seasonally adjusted index stood at 55.8 in September, against 55 in August. A figure above 50 indicates expansion in activities.
September Surge
The average assets managed (AAUM) by the Indian mutual fund industry are just about to hit Rs 7.5 lakh crore after a long pause. At Rs 7.47 lakh crore, the AAUM posted an 8 per cent rise since April-June. This was the highest since May 2010 when the industry reported of an asset base of over Rs 8 lakh crore.
Cool Concession
The government has relaxed the capital requirement for non-banking financial companies (NBFC) to set up subsidiaries. NBFCs with foreign investment above 75 per cent but below 100 per cent, and with a minimum capitalisation of $50 million, can now set up “subsidiaries for specific NBFC activities, without any restriction”.
Shale Shopping
State-run Oil India and Indian Oil Corporation will buy a 30 per cent stake in Houston-based Carrizo Oil & Gas’s liquid rich shale assets in Colorado for $82.5 million. The asset is located in Denver-Julesburd Basin.
Ominous Outlook
The Asian Development Bank has further lowered India’s GDP growth forecast to 5.6 per cent for 2012-13, from its earlier projection of 7 per cent. ADB’s Asian Development Outlook report says in 2013-14 growth is expected to recover to 6.7 per cent.
Original Sinners
A new study says humans were big emitters of greenhouse gases long before the Industrial Revolution. For 1,800 years before industrialisation took off in the 19th century, emissions of methane rose in line with expanding populations, human conquest and farming techniques, says a study by a team from the Netherland’s Utrecht University.