On A Power Trip 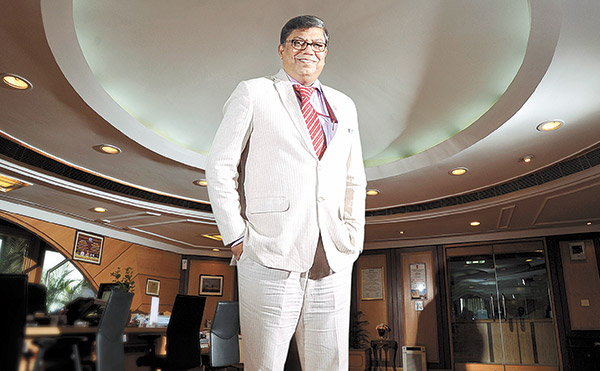 08 November, 2014
Print this article Font size -16+
India’s power industry is one that has always been dogged by controversy and crises, and the last fiscal was no different. NTPC was no exception, and had to battle fuel shortages and delayed payments. But, despite the adverse environment, the public sector company managed to achieve the highest ever capacity addition in a single year of 4,170 MW — backed largely by the momentum it had gained over the past two years — and made it to the No. 8 slot in the BW 500 list. India’s largest power generator, along with its 22 joint venture and five subsidiary firms, accounted for 27 per cent of the total power generated in the country.

In FY13, NTPC’s profit after tax (PAT) rose 28 per cent over the previous year. “The additional revenues we generate over the regulatory norms are due to our efficiency, experience and strength of specialised manpower, and our corporate and financial management,” says NTPC CMD Arup Roy Choudhury.

Among the handful of Maharatna firms, NTPC remains among the cheapest power producers, with a generation capacity touching 41,187 MW. It also has 20,064 MW of capacity under construction. The fact that NTPC (by virtue of being a public sector unit) is paid on the basis of its installed capacity and not on the power generated/sold — like its private counterparts — explains its 5 per cent increase in revenues over the previous year. This, after it suffered a near 10 per cent drop in generation due to the unwillingness of distribution companies to buy power (on account of increased costs) and fuel shortages. According to Roy Choudhury, currently there “is a lull because states are working on this (cost restructuring)... and demand will increase” soon.

Things are also looking up with respect to its primary fuel provider, Coal India (CIL). Roy Choudhary says, “We have a foolproof fuel procurement plan to meet coal requirements.” This year, NTPC was allotted four new coal blocks in addition to the six under development. Three blocks that were earlier de-allocated were re-allotted to it in FY13. The firm awarded contracts for 8,521 MW of capacity this year, taking its capex to Rs 19,925.53 crore — up almost 25 per cent over last year. Its assets went up by 15 per cent, largely on account of its entry into the solar power sector.

Looking to expand its footprint, the thermal power company is entering the hydropower segment — with its first plant scheduled for the coming financial year. It has also been appointed the nodal agency for providing power to Bhutan, while it has already started selling power to Bangladesh.