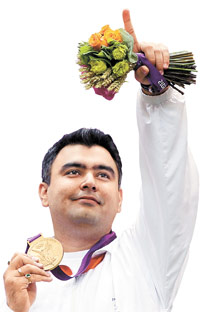 In the 1984 Los Angeles Olympics, all eyes were glued to one athlete — Carl Lewis. While the US athlete was sprinting and jumping his way to sporting glory, a lanky Indian girl named P.T. Usha was readying at the starting blocks for the 400 metre hurdles semifinals. No one, not even the Indian media, had given her a shot at winning a medal. India’s lone individual Olympic medal until then was a distant memory.