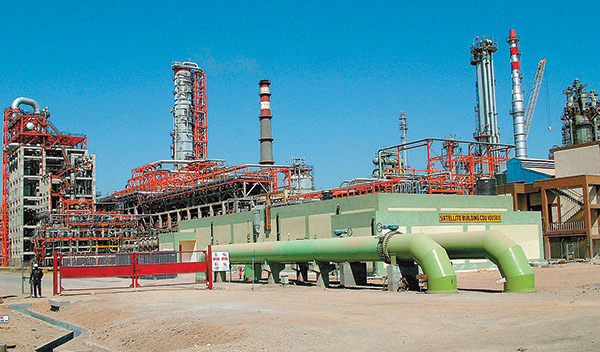 With the tentative deal, if confirmed, likely to allow Iran crude exports back on the markets, Brent North Sea crude for delivery in May, the global benchmark contract, slumped $2.15, settling at $54.95 a barrel in London trade.

The US benchmark, West Texas Intermediate (WTI) for May delivery, shed 95 cents to close at $49.14 a barrel on the New York Mercantile Exchange.

Traders have been following the marathon negotiations closely. Shortly before the New York market closed, the world powers and Iran said that Tehran has agreed to curtail its nuclear program in return for the lifting of US and European Union nuclear-related sanctions that have harmed its economy.

Lifting sanctions could open up the flow of Iranian crude to an oversupplied global market. The glut has pushed crude prices more than 50 per cent lower since last June.

The outline of the deal marked a major breakthrough in a 12-year standoff between Iran and the West, which has long feared Tehran wants to build a nuclear bomb. Iran has insisted the nuclear program is for peaceful purposes.

At the beginning of the press conference in Lausanne, Switzerland, the price of WTI, which had been trading lower since the market opened, fell to $48.11 a barrel before paring its losses.

The countries announced the drafting of a full agreement would begin immediately, with a June 30 deadline for completion.

The sanctions would be lifted after the UN atomic agency verifies Iran has fulfilled the terms of the deal.

Commerzbank analysts, citing shipping sources, said earlier this week that Iran has at least 30 million barrels of crude oil in storage onboard tankers that could quickly move onto the market if sanctions were lifted.

Iran has the world's fourth-largest oil reserves. The OPEC member's crude exports have fallen from more than 2.2 million barrels per day in 2011 to about 1.3 million bpd because of the US-EU sanctions.