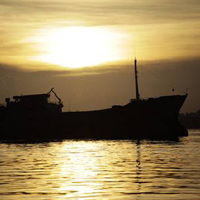 08 November, 2014
Print this article Font size -16+
Shares in state-run Oil India Ltd fallafter the company reported a 26 percent fall in its Jan-March net profit. Oil India stock was down 2.5 per cent as of 10:57 a.m.

Oil India shares had surged 21.3 per cent this month until Tuesday (27 May) along with other state-run companies on hopes of an economic revival and cheap valuations compared to private sector rivals.