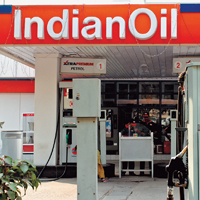 08 November, 2014
Print this article Font size -16+
Oil India share sale got over-subscribed on 1 February even before the closure of market hours and the government is estimated to get a minimum of Rs 3,100 crore from the third divestment this fiscal.

The auction, which started on 1 February morning, got bids for over 7.50 crore shares as on 1459 hours against an offer of over 6.01 crore, as per data on National Stock Exchange.

The indicative price, which is the weighted average price of all valid bids, was Rs 518.04 a share. At this price, the government would garner at least Rs 3,100 crore.

The government had fixed the floor price for the 10 per cent share auction of OIL at Rs 510 apiece.

The final bid figures would come after close of market at 1530 hours.

The government is selling 6.01 crore shares or 10 per cent of its stake in OIL through the offer for sale route.

The government holds 78.43 per cent stake in the company which would come down to 68.43 per cent after disinvestment.

"We expect a good response (to OIL issue)," Disinvestment Secretary Ravi Mathur had said yesterday, adding that the floor price of Rs 510 a share was at a good discount.

FIIs such as T Row Price, Geosphere, Prudential, Mirae and Amundy and domestic participants included LIC, GIC and Kotak have subscribed to the issue.

OIL got listed on stock exchanges in 2009.