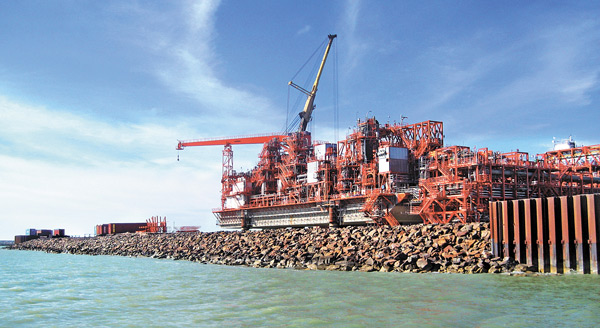 08 November, 2014
Print this article Font size -16+
In its biggest investment ever, state-owned ONGC Videsh (OVL) has finalised an agreement for acquiring the 8.4 per cent stake of ConocoPhillips, a $237-billion entity, in the North Caspian Sea Production-Sharing Agreement (NCSPSA) — that includes the Kashagan field in Kazakhstan — for close to $5 billion. This is OVL’s second investment in Kazakhstan — the first was a 25 per cent stake in the Satpayev offshore block in 2011.
Kashagan, in the shallow waters of the Caspian Sea, is said to be the most important oil discovery in the world, after Prudhoe Bay, Alaska, in 1968, and is reported to have 30 billion barrels of oil equivalent. However, the field is reported to be running eight years behind schedule. As things stand, it is likely to start production in March 2013.
But before OVL acquires the stake, it needs approvals from the Kazakhstan government, including the
pre-emption rights of the Kazakh government and other shareholders. The consortium partners include global oil majors Eni, Total, Royal Dutch Shell, ExxonMobil and KazMunayGaz (Kazakhstan’s state-owned oil firm), each with a 16.81 per cent participating interest, while Japan’s Inpex has 7.56 per cent.
The partners have 60 days to exercise their pre-emption rights. Once approved, it is expected to add 1 million tonnes (mt) of oil annually to OVL’s annual production of 6.75 mt (2010-11).
Says an official in the petroleum ministry on condition of anonymity: “The future of the Kashagan field is good. The delays it had faced are behind it. OVL will be part of the expansion of the field.” OVL’s investment will be funded from internal resources. That is mainly on account of ONGC having a cash and cash equivalent to the tune of Rs 20,914 crore as on 30 September this year.
In a media release, Don Wallette, executive vice-president, commercial, business development and corporate planning at ConocoPhillips, said: “The sale of this quality asset is an important component of our ongoing strategic asset disposition program. We are pleased that ONGC Videsh recognises the value of this asset.” As on 30 September, the carrying value of the assets related to ConocoPhillips’ interest in Kashagan was approximately $5.5 billion.
The proposed investment in Kazakhstan is almost double the investment that OVL has made in Sudan since 2003. In a written reply in the Rajya Sabha, minister of state for petroleum and natural gas Panabaka Lakshmi said that the total planned expenditure in various OVL projects in undivided Sudan till September this year was close to $2.6 billion.
The Kashagan acquisition is important for OVL, which has been facing rising problems in Sudan ever since the country’s partition. Production was temporarily stopped in Sudan for 20 days in April this year because of the border conflict between Sudan and South Sudan.
Whether this acquisition of the stake in ConocoPhillips is the right decision for OVL or not — considering the state-owned firm saw production fall at Imperial Energy in Russia, which it had acquired for $2.1 billion in 2009 — only time will tell.