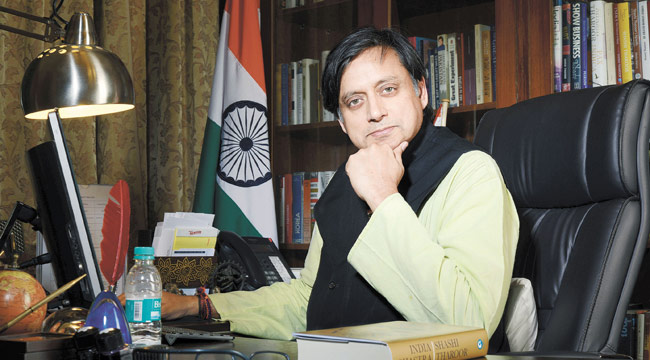 08 June, 2015
Print this article Font size -16+
However gaudily the Narendra Modi government celebrates its first anniversary in office this month (26 May), there’s no denying that the overwhelming sentiment across the country is undeniably one of disappointment.

The BJP government, the first in thirty years to enjoy a legislative majority on its own in the Lok Sabha, rode to power on a wave of expectations after 10 years in opposition to the UPA. The early enthusiasm for it was based on contrast with its predecessor: a strong single-party government rather than a disparate coalition, a decisive “man of action” Prime Minister in place of a reticent octogenarian cruelly and unfairly caricatured as uncertain and vacillating.

Modi was marketed to the nation through a clever (and lavishly-financed) campaign that portrayed him as a CEO who had transformed the state of Gujarat into a lodestar of development. Young people were attracted by the promise of jobs, older ones by the prospect of reform and growth. I will do for India, Modi promised the voters, what I did for Gujarat. The electorate, in turn, rewarded him with a mandate that stunned the pollsters and decimated the Congress, which recorded its worst-ever performance since Independence.

The reality has been something of a let-down. While the Prime Minister has energetically strutted the global stage (19 foreign trips by the end of this month), promoting his government as more hospitable to investors and urging foreign manufacturers to ‘Make In India’, his domestic performance has been underwhelming. Even his foreign visits have achieved little, other than to improve the PM’s own global acceptability after a period when he was largely ostracised around the world for having presided over the Gujarat riots of 2002.

Prime Minister Modi’s speeches and sound bites since his election continue to impress fans of his fluent Hindi oratory, though the gap between articulation and implementation is wide enough to drive a rath through.The Prime Minister speaks eloquently of tolerance and accommodation while condoning the most offensive expressions of hate speech by party members he has appointed as ministers. India’s minorities are daily being made to feel unwelcome by the majoritarian discourse flourishing under the BJP, with ruling party MPs uttering Hindu-chauvinist sentiments never heard before from people in authority.

Having preached development, the BJP is practising bigotry. Modi has largely been silent in the face of this fundamental contradiction, but he can only resolve it by jettisoning the very forces that have helped ensure his electoral victory.

Nor has the government’s own performance inspired confidence. The PM has spoken repeatedly of “minimal government, maximum governance” but has created the most centralised, top-down, bureaucracy-driven, personality-cult dominated central government since Indira Gandhi’s Emergency rule in the mid-1970s. Those who decried the alleged “paralysis of decision-making” under the excessively democratic, consultative and consensual Manmohan Singh era are now faced with a different kind of paralysis, as mountains of files pend in the Prime Minister’s Office, the only place where any decisions are made.

As a result, the government is caught in an unprecedented level of drift. Senior positions are vacant for long because the Prime Minister and his staff are too busy to fill them. Vital institutions are left rudderless and untenanted while the system waits for one man. Even the indispensable and independent Election Commission, a three-person body, has two Commissioner positions vacant out of three. A Prime Minister who spoke of transparency and accountability has failed to appoint a Central Information Commissioner, a Vigilance Commissioner, or even a Lokpal — whose creation had been the focus of the Anna Hazare movement, egged on by the BJP.

Economic policy, as Arun Shourie recently pointed out is directionless and contradictory. Modi declaresthat “the government has no business to be in business” but has never said a word to question the anomaly of his government owning and running airlines and hotels. Privatisation, even under the euphemism of “disinvestment”, of major public sector behemoths is no longer mentioned. Labour law amendments, once considered indispensable to attracting investors and promoting industrial growth, are on the back burner. Optimistic talk of economic reform is now replaced by officially-articulated respect for “graduated incrementalism”.

The finance minister who derided “tax terrorism” has unleashed the taxman on entirely new categories of victims, including the foreign institutional investors the Prime Minister is trying to attract. Unsurprisingly, investor sentiment, which had perked up on hearing Modi’s original sound-bites, has dampened considerably.

The Financial Times recently ran a piece outlining widespread corporate discontent and impatience with the slow pace of change on the part of Indian business leaders as well as foreign investors. The reason for this dissatisfaction is clear: the Prime Minister, despite articulating a compelling vision on the stump, gets the small things right but not the big issues. He announces highways, smart cities and sanitation drives, but nothing that could make a labour law reform, privatisation of public sector behemoths, liberalised telecoms regulations or significant changes to monetary or fiscal policy. It is as if he is more of a project manager than a Prime Minister. But he will only attract investments for these pet projects if he creates a macro-economic climate that offers investors an attractive environment in which to invest. Arun Shourie’s charge that he seems to have no coherent governance philosophy hurts precisely because it rings true.

Investment remains sluggish, with investors uninspired by the BJP government still marking time in the doldrums. All indications are that the past financial year will produce India’s weakest earnings performance in a decade, since average after-tax profits are expected to rise by barely 1 per cent, according to the brokerage India Infoline. While the now-customary hype makes for good PR, it doesn’t convince those who have to put serious money into the country. For instance, the government touts record earnings from its Supreme Court-mandated coal auctions (for which it typically took political credit, just as it had sought applause for dropping international fuel prices over which it had no control), but its figures are suspect. The government’s revenue projections, in fact, would only accrue over thirty years of full and successful production by the auctioned coal mines. In politics you can tout accomplishments that won’t actually occur till 2045, but you can’t take them to the bank today.

The government has also revealed a fine talent for announcing grandiose schemes and failing to finance them. The BJP is far better at grabbing the headlines than at fulfilling the bottom line. A Prime Minister elected on a promise of delivering results has turned out to be one whose attention-seeking sound-bites and grand “National Missions” and “Abhiyans” appear completely disconnected from any tangible action plan, adequate funding or execution capacity. Its most recent budget has slashed the funding available for development schemes, including the ones most loudly trumpeted by Modi himself.

Budgets for health, education, sanitation and women’s security — all major talking points of the BJP’s election campaign — have been cut.  Farmers are up in arms because the land acquisition law passed by the previous government has been gutted through a series of amendments imposed by ordinance fiat (but now running into legislative resistance). The Opposition, flattened electorally a year ago, is on its feet, confident again and raring to go.

The public, which had warmed to the assiduously-cultivated image of the chai-wallah with the ascetic lifestyle who had sacrificed the comforts of home and a doting wife to serve the RSS and the nation, found itself unexpectedly saddled with an omnipresent celebrity figure changing from one gaudily expensive outfit to another while hobnobbing with other celebrities. The nadir was plumbed when Prime Minister Modi received the visiting US President — “my friend Barack” —  in a pinstriped suit with his own name embossed in gold on every stripe. The public reacted with revulsion at this display of arrogance and ego, and promptly taught the BJP a lesson by humiliating it in polls for the Delhi Assembly, which it had nearly won the previous year.

The situation is not irremediable for Modi. In some ways he is fortunate that his government’s failings have become so starkly apparent so early in his tenure, because that gives him time to fix them. That he is capable of learning the right lesson became apparent when he quickly auctioned the pinstriped suit. If only the rest of his errors of commission and omission could be so easily undone…

The author is Member of Parliament for Thiruvananthapuram, Lok Sabha and chairman of the Parliamentary Standing Committee on External Affairs