ONGC Loan To OVL May Be Converted Into Equity 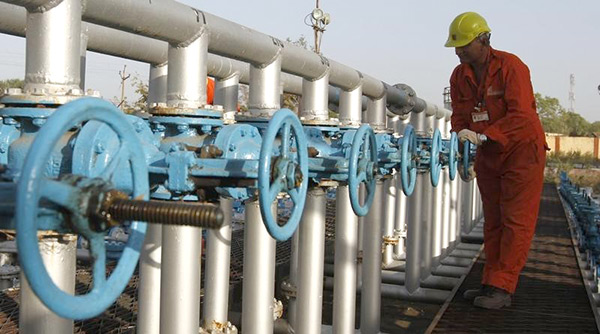 10 June, 2015
Print this article Font size -16+
India is planning to convert into equity a 50 billion rupee loan extended by state-run Oil and Natural Gas Corp (ONGC) to its overseas investment arm, sources said, to improve the unit's finances ahead of a possible public offering.
Prime Minister Narendra Modi's cabinet will soon consider the deal which would also require raising the authorised capital of the subsidiary ONGC Videsh (OVL) by half to 150 billion rupees, said three sources aware of the matter.
With an improved debt-to-equity ratio, OVL would be able to independently raise funds on the strength of its balance sheet instead of relying on ONGC's financial status.
ONGC's total loans to OVL stand at about 66.14 billion rupees. The 50 billion loan was given by ONGC to help OVL acquire a stake in a Mozambique gas field.
Jagannadham Thunuguntla, head of fundamental research at Karvy Group, noted company restructurings often happen before flotations, adding: "It will give more legroom for additional fundraising by OVL to finance future acquisitions."
ONGC did a similar loan-to-equity conversion for OVL in 2013, which has invested about $23.8 billion on its exploration and production assets in 17 countries.
OVL Managing Director N.K. Verma declined comment on the latest cabinet proposal but said: "In the past we had contemplated converting part of the debt into equity to improve our balance sheet and provide flexibility for financing new acquisitions".
The oil ministry has asked ONGC to consider a stock market listing of OVL, though a company executive said in May it would favour delaying such a move given low oil prices.
Any listing would help ONGC raise funds from the market and increase payouts to the government, which is looking for 695 billion rupees through stake sales in state companies to help narrow the fiscal deficit to 3.9 percent of gross domestic product from last year's 4 percent.
(Reuters)
Tags assigned to this article:
news 9 ongc oil and gas ongc videsh nk verma