Mumbai (Maharashtra) [India], September 21 (ANI): Actor and Trinamool Congress MP Nusrat Jahan Ruhi on Monday said she could take legal action against a video dating app, 'FancyU', for using her photo "without consent".
Jahan took to Twitter to complain about the app after a user pointed out that her photo has been used by the app without her permission. She wrote, "This is totally unacceptable - using pictures without consent. Would request the Cyber Cell of @KolkataPoliceto kindly look into the same. I am ready to take this up legally. @CPKolkata." 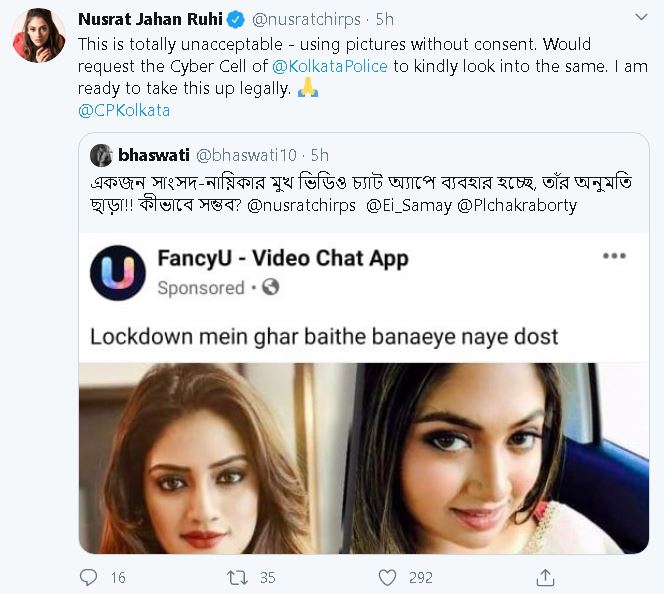 The joint commissioner, crime, Kolkata, immediately took cognisance of the matter and replied that the issue is being looked into by the "concerned section for necessary action".
The dating app FancyU allows its users to video chat with strangers they connect globally.
The app used Jahan's photo with a caption that read- "Make new friends sitting at home during lockdown". (ANI)