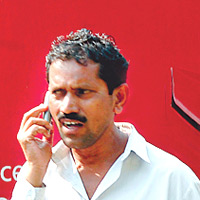 08 November, 2014
Print this article Font size -16+
Morgan Stanley downgraded Bharti Airtel to "equal-weight" from "overweight" on 21 August and cut its target price to Rs 280 from Rs 366.

Morgan Stanley said traffic growth is coming at the expense of operating margins as tariff wars in the sector bring down average revenue per minute for voice calls.

The investment bank added that 3G rates have also been slashed in the past six months, while overall sequential data revenue growth is declining.

Bharti Airtel has suffered a rash of downgrades this month.

It may be remembered, on 9 August,  Bharti Airtel shares extended a recent drop to their lowest close in nearly six years as banks including Goldman Sachs cut their ratings following disappointing quarterly earnings.

The poster boy of India's telecoms sector has fallen 12.6 per cent since reporting a 10th straight quarter of declining profits on Wednesday.

Intense competition has forced the carrier to pare some call prices and spend more on networks and marketing in an effort to hold market share, squeezing margins.

Goldman Sachs downgraded the stock to "neutral" from "buy" with a revised target price of 270 rupees, saying it expected "relatively weak" operational momentum in Bharti's operations in India and Africa.

"We see further downside risks to consensus estimates if Bharti continues to maintain/regain market share at the expense of profitability," Goldman analysts led by Sachin Salgaonkar wrote in a note to clients.