Note On A Form Factor 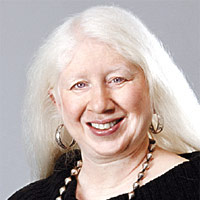 08 November, 2014
Print this article Font size -16+
“Too big!” That’s a refrain you will hear enough when someone talks or writes about the Samsung’s Galaxy Note II, successor to the popular Note and according to Samsung selling away speedily in its new avatar at the rate of 3 million in the first month.
And big it is, but not because someone resized it all wrong in photoshop, but because it was intended to have screen real estate. Before pegging its sheer size down as a disadvantage, one needs to realise that some err… like it big. I, for one, have always loved expansive screens on which images leap out, colours look juicy and text looks delicious. Smaller, to me, is a diminished experience. I am assuming there are others who feel similarly.  But this doesn’t mean I dislike the much smaller iPhone 5, which I wouldn’t say no to either; That’s a different experience and it’s just that the size of the Note II suits my usage better. In other words, this form factor is for those who like a phone-tablet and don’t mind doing whatever they need to in order to adjust to its dimensions, which happen to be 5.95 x 3.17 x 0.37 inches. It’s not a negative for those who like it — only for those who prefer a different size.
The Ergonomics
Holding: The Note II has been reshaped in comparison to the original Note. It’s been narrowed, yet now wears a bigger screen of 5.5 inches. It has an easy grip despite its size, but it isn’t a one-handed device. I have never figured out why people need to use a phone with one hand anyway, except in rare situations. There are several videos online of reviewers demonstrating speedy fiddling on the Note using one hand — it even looks awkward and is simply unnecessary. What’s so urgent that the other hand can’t be deployed? But for those who insist, Samsung has put it some software tricks to help you go one-handed such as shift the dialer to one side, but I would say the nature of this gadget is not for urgent half-attentive use. It’s much more of a full involvement phone-tablet.