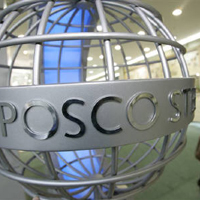 08 November, 2014
Print this article Font size -16+
Norway's oil fund, the world's largest sovereign wealth fund, has no strategy for dealing with possible violations of human rights by the companies in which it invests, an independent committee set up to safeguard OECD ethical guidelines said.

The Norwegian committee pointed to the fund's investment in South Korean steel maker Posco, which plans to build a $12 billion steel plant in India, saying the fund was not doing enough to protect against human rights breaches.

Several non-governmental organisations say the plant in Odisha would displace more than 20,000 people, among them indigenous people who receive special legal protection.

While the committee of experts, set up by the Norwegian government, has no legal power, its criticism could potentially damage the fund's reputation as a socially responsible investor.

The oil fund, whose investments totalled $740 billion on Monday, is one of the world's most transparent wealth funds and has excluded companies for what it has deemed to be unethical behaviour, such as the production of nuclear weapons and tobacco or the use of child labour.

The committee said on Monday that the fund had "failed to take appropriate steps to prevent or mitigate negative human rights and environmental impacts in connection with its investment in Posco".

The fund lacked "a strategy for identifying and handling possible violations of human rights in the companies they invest", it said.

Hans Petter Graver, head of the committee, said a company or investment group that had this type of complaint directed at it might face questions from future business partners.

The OECD - Organisation for Economic Cooperation and Development - is a forum of 34 countries aimed at promoting economic progress and trade. Member states are required to set up an independent committee to police possible breaches of OECD ethical guidelines.

Norway's oil fund, which invests the country's revenues from oil and gas for future generations, has a 0.9 per cent stake in Posco and is the eleventh-biggest shareholder, according to Reuters data.

The fund is managed by Norges Bank Investment Management (NBIM) on behalf of the Norwegian central bank, Norges Bank.

NBIM says that while it was following the complaint against Posco "with interest and concern", it did not think the OECD guidelines should be applied to investors.

"In our view, the guidelines apply to the companies Norges Bank invests in, their business operations and subcontractors, but not to Norges Bank as a minority shareholder," NBIM said.

Posco says on its website it has been highly sensitive to the human rights of the local community in Odisha and has never infringed upon any human rights.

The company has so far waited eight years to get the necessary clearances in India to start work on the project. Protests from rights activists, environmentalists and ex-politicians could yet scupper its plans to build the plant, even after a recent court decision on a mining licence moved the project a step forward.