No Systemic Risks, But Banks Need Capital For Basel III 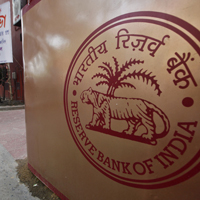 08 November, 2014
Print this article Font size -16+
The Reserve Bank has said the strength and profitability of the banking system remained robust despite rising bad assets, but underlined the need to raise capital to meet the Basel III norms. "A series of stress tests conducted by the Reserve Bank in respect of credit, liquidity and interest rate risks showed that banks remained reasonably resilient. However, under extreme shocks, some banks could face moderate liquidity problems and their profitability could be affected," says the annual RBI report `Trends and Progress of Banking in 2011-12.'
The report said "the financial system of the country remains robust, even though the risks to stability of the system is rising on the back of global and domestic macroeconomic factors".
But, despite the rising impairment of asset quality, "the resilience of the banking sector was manifested in an improvement in the capital base and maintenance of profitability", it said.
Led by the state-run banks, which together control 70 per cent of the system, the net bad loan assets rose to 1.4 per cent of the advances at the end of the past fiscal, up from 1.1 per cent a year ago, says the report.
"The slippage ratio of the banking system, which showed a declining trend during 2005-08, increased during 2008-12."
The report said higher capital standards, stricter liquidity and leverage ratios and a more cautious approach to risk, are likely to raise funding costs of banks.
RBI, which last week increased the provisioning for restructured loans to 2.75 per cent, and also flagged the rising NPA levels, also noted the lack of transparency in information sharing on rising default by borrowers.
On the Basel III capital needs, the central bank says banks will have to raise more money to meet higher capital standards, stricter liquidity and leverage ratios and adopt a more cautious approach to risk under the Basel III norms.
The apex bank pegged the additional capital needs of the public sector lenders to meet the Basel III guidelines at Rs Rs 75,000-80,000 crore by March 2018.
(PTI)
Tags assigned to this article:
india news 3 rbi growth finance banking reserve bank of india basel iii basel 3 capital needs